Added on Sunday, 2014-08-10 15:30 CEST in category Traveling
A while back a friend of mine got engaged, after having been together pretty much for as long as I've known him, and we got invited to their wedding :) Hoorah! Hooray! Congratulations once more ;)

Since his wife (by now ;) is originally from Curaçao, the wedding took place there, which for us was a good opportunity to visit the Dutch ABC islands (Aruba, Bonaire and Curaçao). As they're part of the Kingdom of the Netherlands immigration was a breeze, and the entire stay a strange mix of the Caribbean and back home.

At first it seemed as if the gods were against. We hardly slept, caught the 5:50 train, had to get out because of a fire alarm at the airport, changed trains, eventually got there by bus, boarded, waited, waited some three hours more before the plane's engine was fixed, crying babies everywhere for the entire flight, arrived ~2.45h late so no refund, luggage not labeled through, unclear if we should pass immigration to fix that, about to miss our second flight, then that flight got canceled, information stand was closed, then got rebooked to later flight, later flight was also delayed, but when we then finally boarded something odd happened: I was so exhausted I slept through both take-off on Curaçao and landing on Bonaire :)

Our first taste of the laid-back (read "lazy") Caribbean lifestyle: 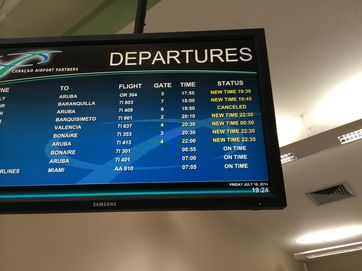 So, Bonaire! Bonaire's famous for diving, but we went snorkeling first. We rented snorkeling gear and a car, and were off! We visited some great places along the southwest coast and marveled at the stunning underwater world. A few pictures from diving the day after: 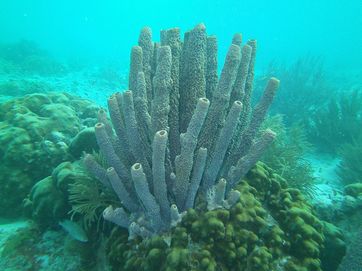 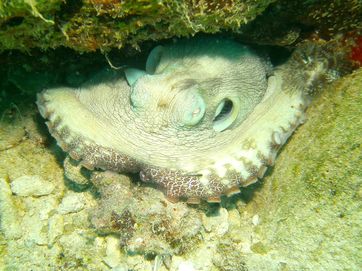 The rest of the island was a bit unusual. When we rented a car we were told to always leave it open, so if somebody wanted to take a look they wouldn't have to break the window. What?! Also, when paying by card the terminal doesn't show the sum; you just have to trust it'll be OK and be sure to check the receipt afterwards, every time.

Washington Slagbaai was great, though, even though we weren't allowed in after 14:45. Way to close early :) Besides the salt planes there wasn't much else on Bonaire (well, besides lots of donkeys, goats and cactuses), so I'd better let the pictures do the talking: 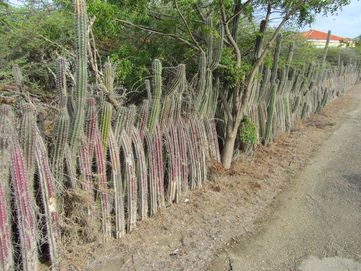 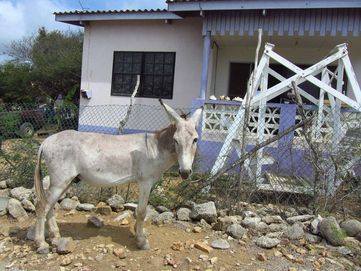 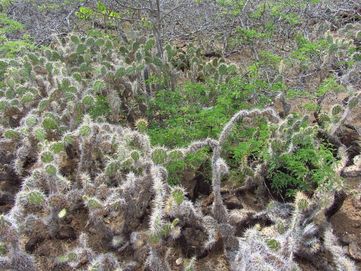 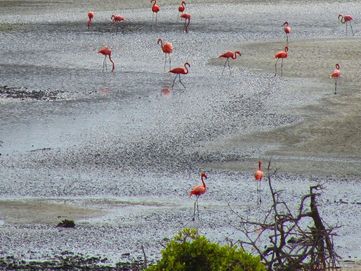 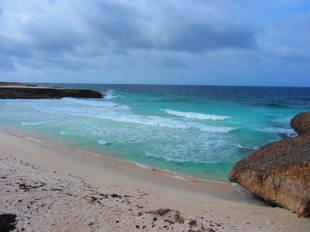 Although Aruba's smaller than Bonaire, it is a lot more alive. We stayed at the Amsterdam Manor Beach Resort, next to the stunning Eagle Beach, where we celebrated our fifth wedding anniversary! 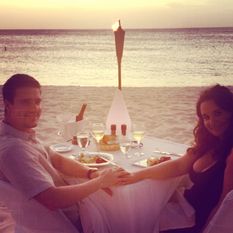 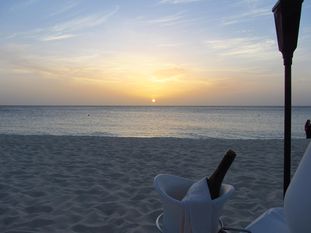 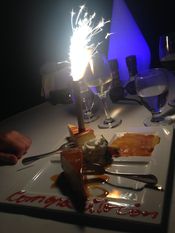 Most of our days there we simply enjoyed the sun, sea and beaches: 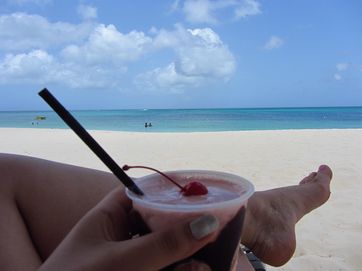 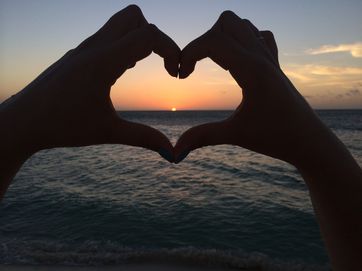 But of course we couldn't miss out on Arikok National Park. We rented a Jeep to cross the rocky roads to the amazing natural pool: 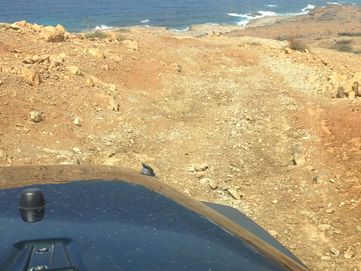 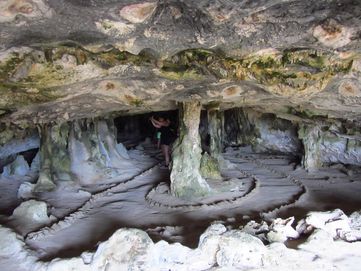 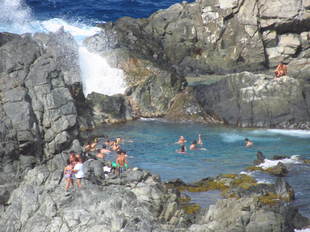 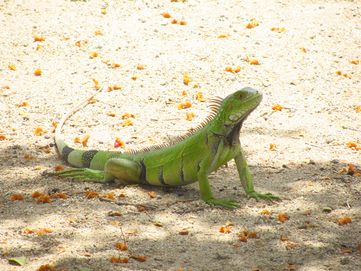 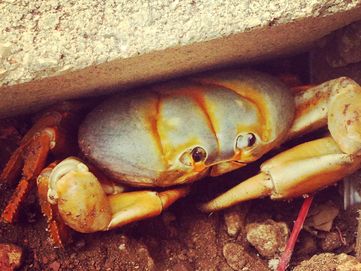 My wife and I have been getting more serious about jogging, so we thought we'd keep this up on vacation as well: every two days we went for an evening run (to avoid the scorching mid-day sun), and finished with something new: a run along Eagle Beach. Running on sand plummets your speed, but it was a very interesting experience nonetheless :)

During our stay we were reminded time and time again the ABC islands are part of the Kingdom of the Netherlands. At first I used to ask if somebody spoke Dutch, but quickly dropped it: pretty much everyone did. The supermarkets (Albert Heijn, Super Food = Jumbo) are stocked with Dutch dairy, snacks, vegetables, etc. We also paid in guilders. Aruba airport (AUA)'s design is, ehm, heavily inspired by Schiphol. It was kinda nice, but it felt so unusual. So far away from home it all feels so unnatural :)

There were plenty of exceptions too, of course: annoyingly, VAT was often not included; nature was stunning; and the weather was a lot better ;)

A week later we had our first flight that was (sorta) on time! Like on Bonaire we rented the cheapest car we could find and started exploring the island. Pretty much the first people we ran into were the bride and groom themselves :) We visited a.o. Oranjestad and Christoffelpark: 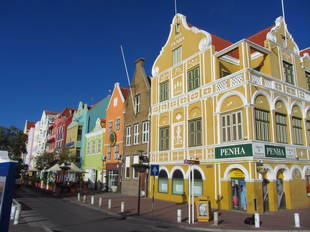 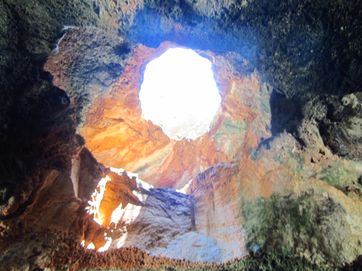 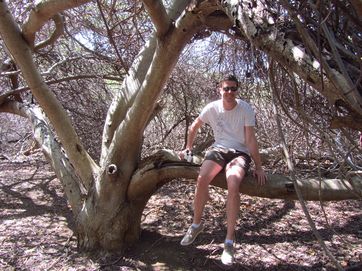 Lots of other wedding guests had arrived on Curaçao as well, so time for a BBQ! We were invited to a cozy BBQ to the bride's mom's, and the day after went to yet another one at some guests' pool party :)

The wedding itself saw the stunning bride and groom have quite an entourage, who all celebrated together near the water. Thanks again for inviting us, we've had a wonderful time! :) 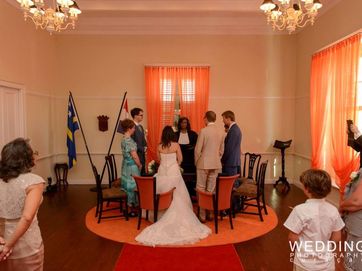 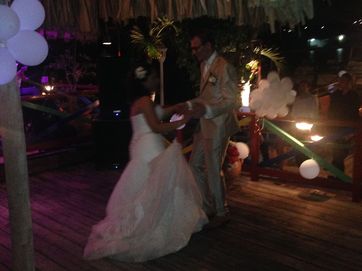