Blog - Defender of the Motherland Day

Added on Saturday, 2012-02-25 11:16 CET in category Moscow
One of Russia's public holidays is Defender of the Motherland Day. Although the idea is to honor those (that were) in the Russian Armed Forces, in practice it's celebrated as Men's Day, the counterpart to International Women's Day.

The idea to me feels somewhat like a unidirectional Valentine's Day, with the exception that it's also celebrated at work. At Yandex e.g., the women got us tasty snacks, set up a service for small "female" errands, like sewing back on buttons, and under the guise of "boys will be boys", organized a small army workshop and horse racing: 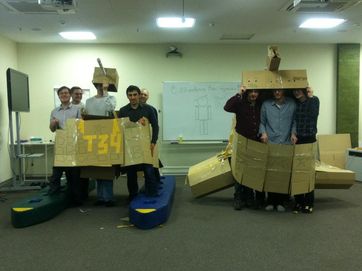 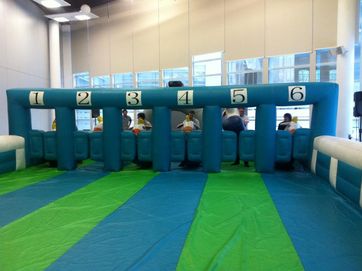 In the evening we still played a few boardgames and then called it a day. Only two weeks left and we'll be celebrating Women's Day too, which with all the things organized by the women, promises to be quite interesting as well :)