Last weekend we had the honor of attending our friends' wedding in Szeged, Hungary. We both like Hungary quite a lot, so decided to make a mini vacation out of it :)

We left Prague quite early, but had to drop off a bike we lent, pick up another guest from the airport, fill up on petrol, eat, etc., so that by the time we approached Szeged we were running late, and I wasn't even properly dressed yet… I quickly changed at a deserted bus stop, we panicked a bit while trying to find a spot to park, ran to the wedding venue, only to pretty much walk straight into the groom who was waiting to walk down the aisle :)

The wedding was beautiful, but everything was, of course, in Hungarian: we didn't understand a word of the ceremony. Most of the youth spoke English, though, and the groom's dad Russian, so all was well :)

While talking to the other guests, and from earlier visits too, we noticed how the Hungarians are so negative about themselves and their country, seemingly still because of the lost glory of the once so great Austro-Hungarian Empire. We found this quite odd, because, especially compared to its neighboring countries, Hungary is pretty darn nice :)

The day after we met up with the bride and groom for brunch, and they toured us around their home town of Szeged: 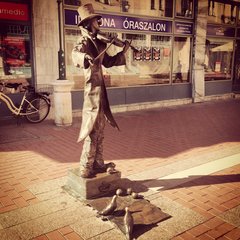 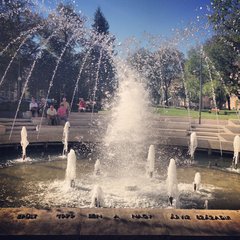 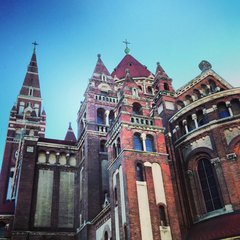 In the evening we went to Lake Balaton. There was so little light polution, we didn't even have to look for the Milky way, it was right there :)

We jogged, and the next day enjoyed the scenery, the wine tasting at Laposa and the swimming/sunbathing at the lake itself: 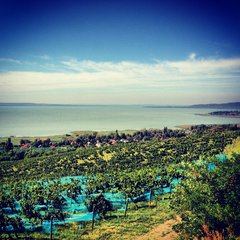 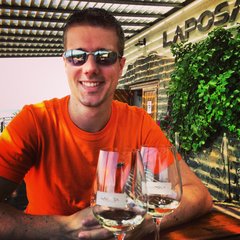 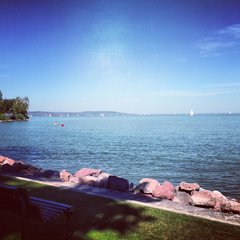 It was a short, but great weekend :) Thanks again to Mate & Fanny for inviting us!