Added on Saturday, 2017-03-04 16:51 CET in category Traveling
Over the years we've visited many of our friends abroad, but this time my wife and I felt like something completely new and unknown. She was set on a sun-sea-beach vacation, which around this time of year is hard to come by in Europe. Instead, we flew over to the southern hemisphere, to Mauritius!

Mauritius, once first inhabited, but later abandoned by the Dutch, is a small island some 1000 kilometers to the east from Madagascar. After the Dutch left it became first a French colony, and later a British one, which makes for quite an unusual place where driving on the left mixes with French being spoken everywhere. (Even though the British gained control over the island over 200 years ago, the population's English isn't particularly good…)

After a long overnight flight we arrived in our hotel, where we were greated by this lovely view: 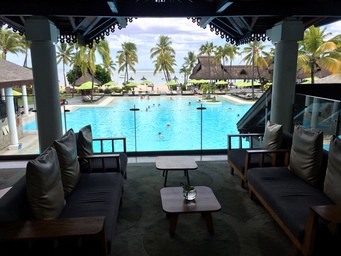 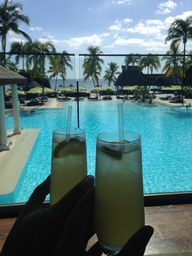 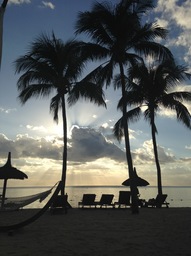 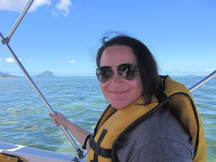 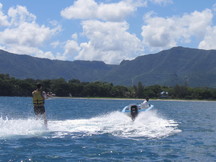 Besides a lot of relaxing, reading books, swimming in the sea, and just not doing much at all, we also took a few days to explore the island. Mauritius isn't very big, so a few days was plenty. We rented a car, and off we were.

On our way north we visited the Eureka House, which provided a look at colonial life around a former sugar plantation. 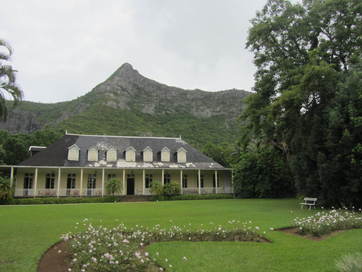 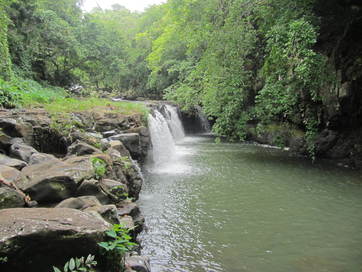 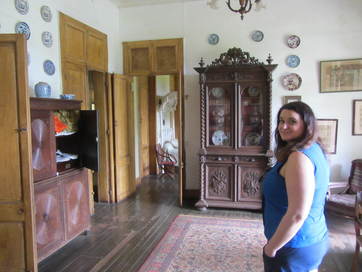 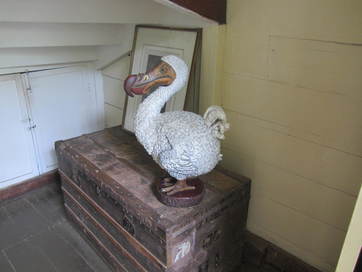 Mauritius has been a sugar producer for centuries, starting with the Dutch who introduced sugarcane. The next logical step was of course to visit L'Aventure Du Sucre, a museum on the history of sugar on Mauritius.

Lastly for that day, we visited the lovely Sir Seewoosagur Ramgoolam Botanical Garden, with its deer, tortoises, and may interesting plants and trees. 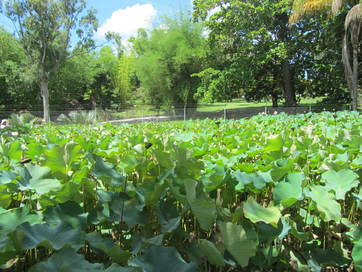 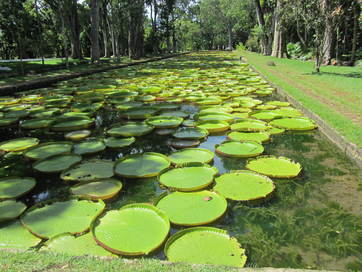 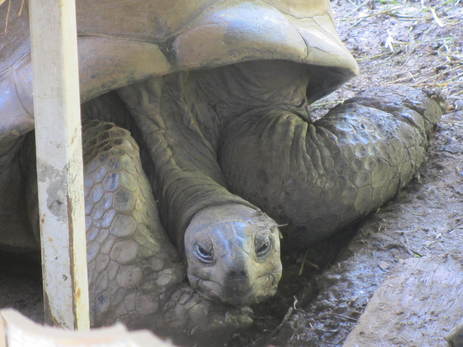 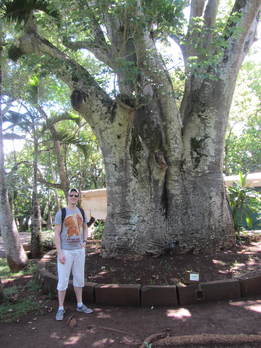 A few days later we visited Casela Nature Park, with loads of birds, ostriches, but also rhinos, giraffes, hippos, and other African mammals. 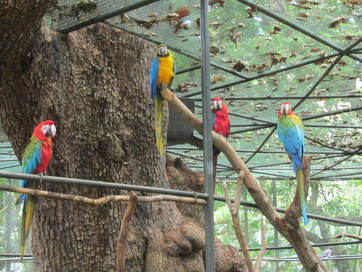 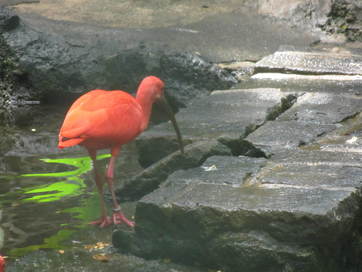 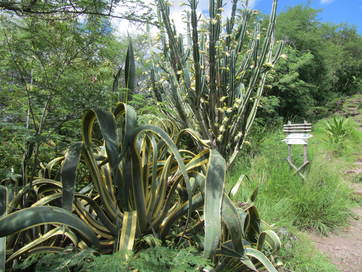 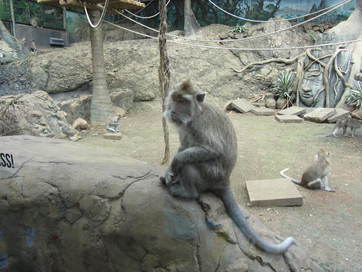 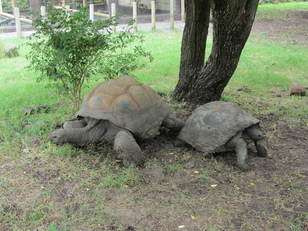 But by far the best thing at the park was my zip-lining experience! No taking pictures during the ride, unfortunately, but the idea is simple: you hang from a pulley that zips over a cable spun between two points on different mountains, and for a short exhilirating while enjoy the flight over Mauritius's nature.

On the last day we took the road south to enjoy this spectacular view:

Quite close by we visited the fantastic Curious Corner of Chamarel, which "is all about exploring that grey area of life, where things are not what they seem". E.g., here we see me being stuck to the ceiling, a happy Lincoln, and me falling for the rubber hand illusion: 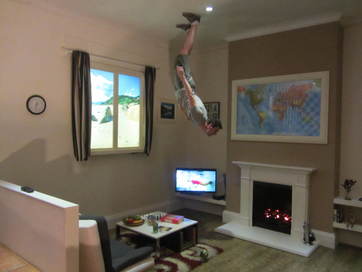 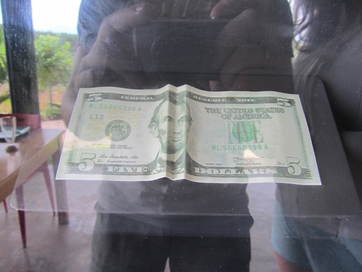 But the south had a lot more to offer, like the Black River Gorges National Park: 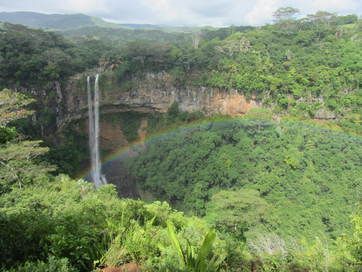 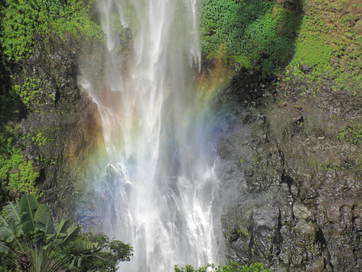 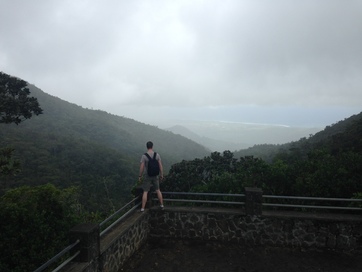 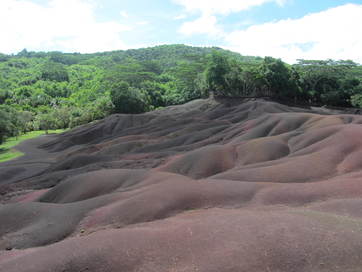 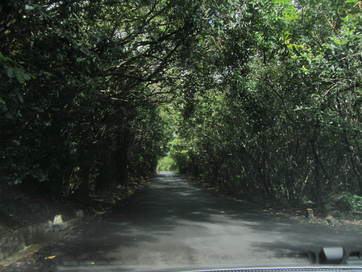 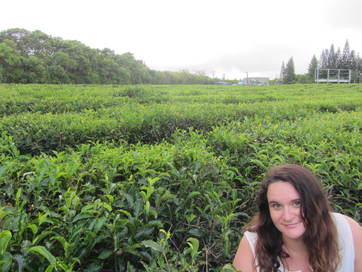 And whereas the waves at our hotel's beach were breaking on the far-away reef, the waves at the southern end near Le Souffleur were many, many times more impressive. Getting there was quite the adventure, though; Google Maps on Mauritius is somewhat unreliable, so we first had to drive through sugarcane fields for about half an hour, but then we were finally greeted by this:
(No bathing, obviously :)

For the evening we thought it a good idea to go star gazing. After all, Mauritius has relatively little light pollution, and being on the southern hemisphere we could see a lot of stars we usually couldn't see. Of course there's some overlap too; can you spot Orion? 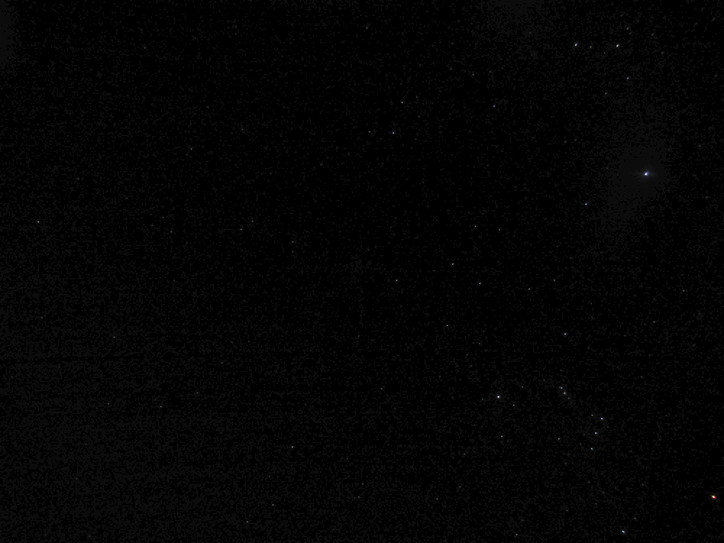 (Of course the camera couldn't capture nearly anything of what we actually saw. For that same amazing view, you'd have to go yourself ;)

P.S.: our trip wasn't quite "friend-free": on the way back we had a long stop-over in Istanbul, where we met Paul & Natasha again for breakfast. *waves* :)