A few years ago I dusted off my original PlayStation (PS1) and same-era CRT TV. Still worked like a charm! 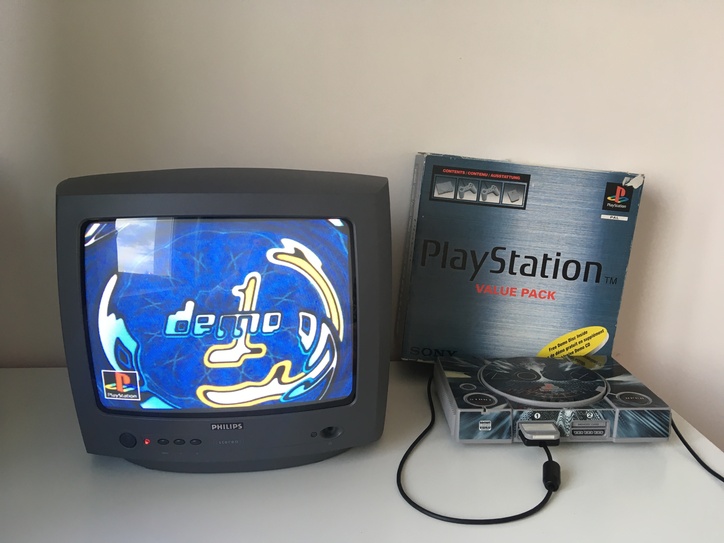 One of my favorite games at the time was Metal Gear Solid (MGS1), so I wanted to give that a try again.

MGS1 has two different endings, each of which gives you a (different) special item for your next playthrough:
I wanted to go for an easy playthrough, so I wanted to start my new game with both these items on easy difficulty. Unfortunately, I had lost all my MGS1 savegames, so I found some online.

The PS1 doesn't have internet connectivity, so I'd need another device to write the savegame I found to the PS1's memory card. I used my PlayStation 2 (PS2) for this, which can read PS1 memory cards, and can run an FTP server.

The savegame I had found had normal difficulty, so I wanted to see if I could hack the savegame to make it easy instead.

PS1 savegames are binary files that can have different formats. I'll be using the raw format in this blog post, but you can also find savegames in DexDrive format, emulator format, or PSP format. Luckily, you can easily convert them online.

Savegames have a title that shows up e.g. when loading a savegame, or in the PS1's memory card manager. These titles use Shift JIS encoding, which you can extract like this: Running this on a few MGS1 savegames with different difficulties, I got:
That's probably me screwing around with the savegame file on the last one :P Note that these aren't standard ASCII characters.

After looking at the hexadecimal dumps of these savegames some more, it became clear where to set the game's difficulty: at offset 0x0142. 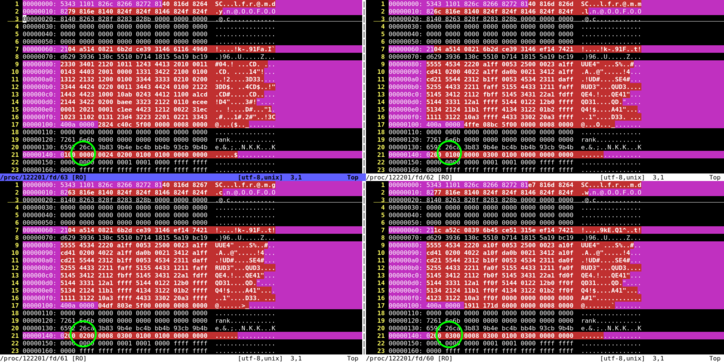 I tried playing around a bit with other nearby values as well, hoping to be able to toggle the in-game radar, etc., but those savegames wouldn't load…

All weapons and items

I did stumble upon something else very interesting: if in a specific savegame I changed only the difficulty from "normal" (value 1) to "extreme" (value 3), then the game's difficulty would actually be set to "easy", and you'd have all weapons and items available from the very start! Talk about an easy playthrough :)

You can find this raw savegame here (it's the North American version; I haven't tested with other regions). I converted it from IcedMaidenDeth's DexDrive savegame hosted on Gamespot.

Note that this does not require any emulator cheats, Game Shark, etc. It's purely the savegame itself that triggers this, even on the original PlayStation console. (Btw., the savegame only loads when first starting the game. It won't load after having started a game, then dying and exiting.)

I have no idea why this happens. Maybe setting the game to "extreme" but with the radar still on triggers this? In any case, having all weapons and items available from the start allowed for some interesting changes to the game:
With all weapons and items unlocked, it was mostly the beginning of the game that was a lot easier, plus it was fun to test out stuff under water, all of which gave an interesting twist to a game I've liked for decades :)

For those interested in how I captured the screencasts above: