Added on Friday, 2010-12-31 15:47 CET in category Moscow
Last week on my flight from Moscow to Germany, Lufthansa managed to lose the luggage of everybody on board. The apparent cause was "snow". Looking around at the airport seeing the hundreds of suitcases, it is really quite amazing how such a relatively small amount of precipitation (there was 15 cm of snow on average) can cause such chaos.

But things got worse than just a lost suitcase. First off, no one received any confirmation or reference number to check up on the status of their luggage. Calling didn't really work, after 20 minutes on hold still no answer, and my email from last week is still unanswered, so I had to wait for my flight back yesterday to find out what had happened: they had delivered my suitcase in the Netherlands, but a day after I had already left… Apparently the form I had filled out was not entered into their system correctly, so the dates of where I'd be and when were all wrong.

To top it off, I was told that Lufthansa would not pay for reshipping to Moscow, since they had already delivered it once. The nerve of some people… That's where assertiveness comes in handy, cause no way I'm going to pay for Lufthansa's continuous incompetence and mess-ups concerning lost luggage. So next week I should have my baggage back, free of charge :)

Update 2011-01-04: so whereas Lufthansa first told me my luggage would be delivered to my address, they now thought it enough to just dump my luggage at Moscow Domodedovo airport and take their hands off the case. I got a call from the airport, not Lufthansa, telling me I could retrieve my luggage at the airport. I didn't feel like fighting Lufthansa once more, cause until then they had shown themselves negligent and unhelpful, so we went to the airport. After the usual airport hassles like declaration forms, imposed levies, and unhelpful and ignorant Lufthansa personnel, we finally managed to find someone higher up, who was as flabbergasted about the entire situation as we were, and managed to get me my luggage back. So yeah, go Lufthansa…

Update 2011-03-28: the unexpected actually happened, I received an apology.

On a side note, when I came back to Moscow, I found our car like this: 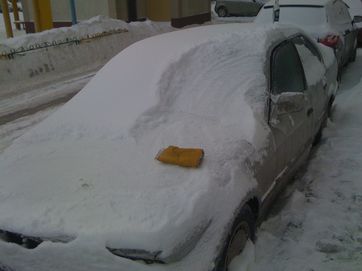 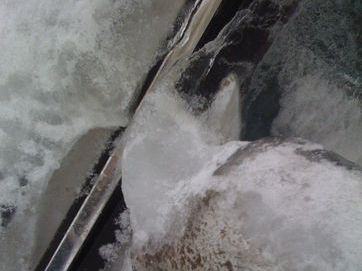 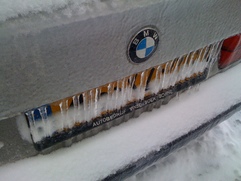 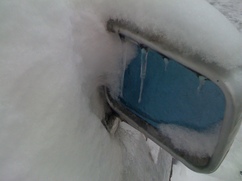 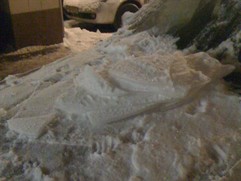 Last week Moscow had rain, but everything on the ground was still frozen. As soon as the rain hit something, it immediately froze over, creating about a centimeter thick layer of ice over our car… So I opened it with, of all things, vodka :D It doesn't quite melt the ice, but it does create a thin layer between the ice and the car apparently. The things you run into here… :)