Added on Wednesday, 2010-08-04 18:22 CEST in category Moscow
Here in Moscow it's been over 30°C for about a month now, and lately temperatures have climbed to about 40°C… Although there is some thunder every once in a while, there's hardly any rain. There is one thing in abundance though: smog. 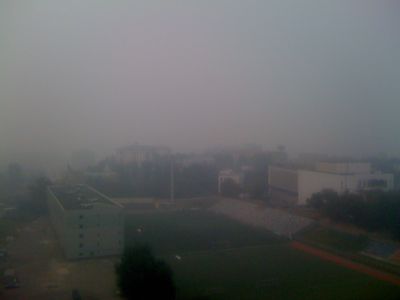 There are a lot of people going to the forest for the weekend to prepare "shashlyk" (meat on a skewer), on an open fire of course. And sometimes that goes wrong… Also, the turfs are spontaneously combusting, making matters even worse. Hence the smog. So yeah, welcome to Moscow… The forecast so far tells us that it'll be another three weeks with this heat, at least.

Another seemingly unexpected result is the large amount of people drowning. These are usually drunk men, who thought it'd be a good idea to fill up on vodka before going swimming in some lake. Not a good idea when it's 40°C… (The two phrases I wrote about earlier suddenly come to mind.)

Also, this just in: ravioli in Moscow contaminated with anthrax. 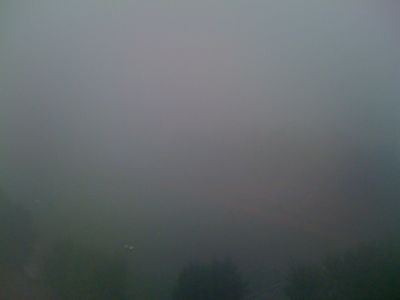