Added on Wednesday, 2013-08-28 23:50 CEST in category Traveling
For many years now my wife and I'd been wanting to go to the U.S., but didn't have the time or the money. So we saved and planned, then saved and planned some more, and finally, we were off!

We flew Virgin, which was great, but by far the coolest was it getting lighter outside as we flew north west! :D

U.S. border control was, as expected, quite inquisitive: where do you go, what address, do you work, where, what kind, are you sure you'll leave the U.S.? (Btw., security on further flights was also way more annoying than in Europe.)

So there we were, New York! :) It was great to see all those New York sceneries, many of which we knew from the media. The city's so bustling, but quite messy and dirty too, it often reminded us of South-East Asia.

The people were very friendly, but it didn't feel sincere: "Hey, how are you?!" and gone they were. (I know, I know, they just do that, but I just don't get it…)

Whenever we ate, we'd share a dish and were still stuffed, for they were huge… We of course also tried McDonald's (way more choice, and actually quite tasty), T.G.I. Friday's (better in Europe), Starbucks, Subway etc., and found them to be more or less the same as back home; the same goes for Coca-Cola (sorry, "coke" :), candy bars and the like. The unfamiliar items we tried usually weren't that good; seems like what the U.S. is exporting is really worth exporting :) One big exception: the diners!

(Btw., when paying in restaurants/for taxis, expect to be expected to tip (15-25% or so), and don't be surprised when prices are pre-VAT and pre-whatever-else-they-felt-like-adding.)

Among others, we saw the Statue of Liberty from the Staten Island ferry and saw the Empire State Building, and visited Ground Zero, Times Square (M&M's World, Midtown Comics), Top of the Rock, and of course Central Park: 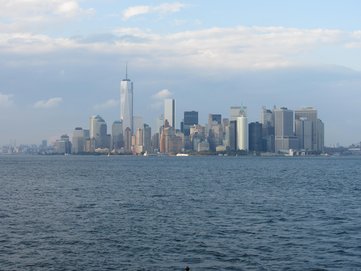 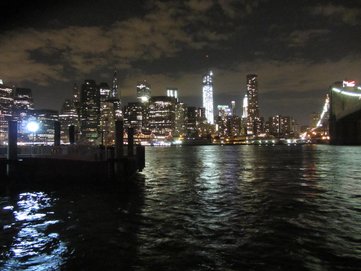 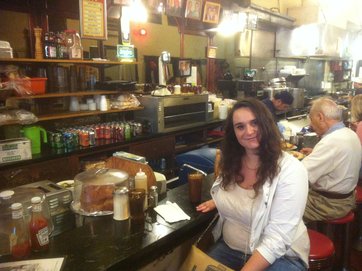 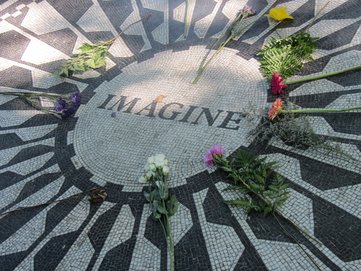 We then went to Boston for cheap: by over-airco'd bus. When we entered Harlem we saw one white person, and that was it…

We arrived at Boston South Station, seemingly deserted at the "wrong" end of town. We soon got to our hotel, the amazing Marlowe: lovely staff, free wine tasting and complementary bruschetta :)

We visited the Museum of Science (heaps of interesting science playthings, and thus also heaps of kids), Quincy Market (oh, the embarrassment of riches) and Boston Common: 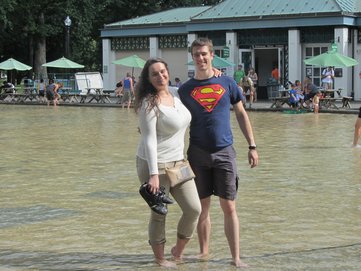 (I got so many Superman remarks wearing this shirt :P)

Boston feels so much more than New York like Europe, and I guess that's what made us like it more :)

We planned to go cycling the next day around MIT and Harvard, but when we woke up it was raining cats and dogs, for the rest of the day… We visited the MIT Museum, and were off to Washington D.C.

We just missed our bus from the airport, and after a long wait had to endure some weird Russian on the bus who kept insisting on exchanging DVDs the next time we'd come visit…

We got to our hotel, quite close to the Capitol, but the streets were deserted. Was this the capital of the U.S.? As it turned out the next day, yes it was :) 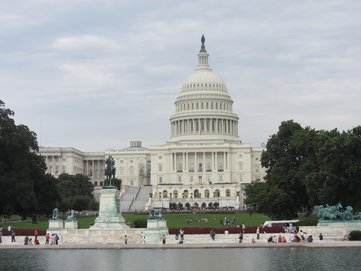 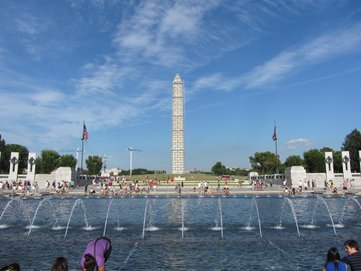 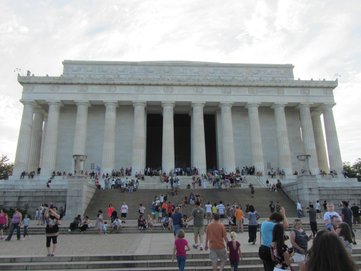 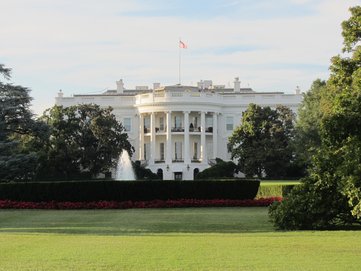 Next we flew to Miami, and from there drove to Orlando. Because of the low speed limits (55mph/88 km/h on the freeways…) it took us a while.
Driving in Florida in general, and in Miami in particular, quite reminded me of driving in Moscow: on the freeways most people didn't care about the speed limit, hardly anyone indicated, and swerving/wild overtaking was more rule than exception… Gas prices were about the same too, i.e., if you can find a cheap station; the max. gas price difference we saw was 50%!

Orlando itself doesn't have much to offer, but it is surrounded by tons of theme parks: we visited Disney's Typhoon Lagoon (water parks that are about to close are awesome: no more scorching sun and no more lines :) and Downtown Disney, to be followed by Disney's Magic Kingdom the next day (get fast passes for select rides!): 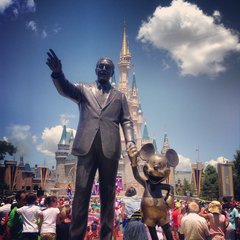 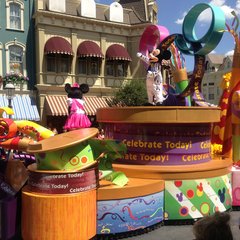 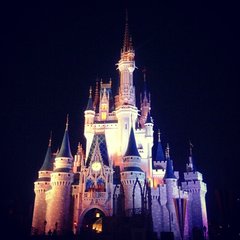 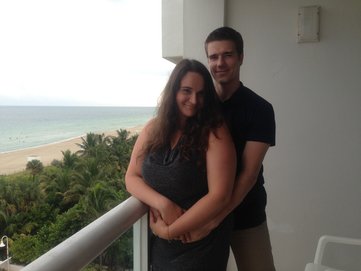 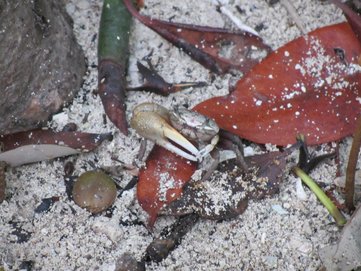 I don't have my full diving license yet (PADI Scuba Diver instead of Open Water), so I went with an instructor, who showed the Molasses Reef, where I saw a huge sea turtle, moray eel and a hungry nurse shark out hunting! (While getting acquainted with some fire coral along the way…)

The day after we visited the Everglades, with its enormous marshes and bio-diversity, which, remember!, supplies entire South Florida with fresh air and fresh water :)

We took an airboat tour over the marshes, which was beautiful; I'd never seen the clouds reflected in the grass before :) Afterwards we visited the Miccosukee tribe museum where we enjoyed an alligator show: 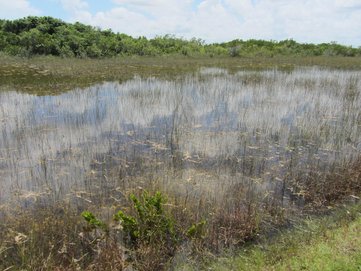 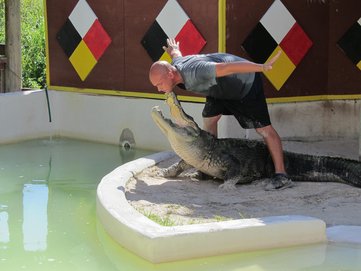 In Miami we went to Little Havana (Cuban food is amazing!) and visited the lovely area of Coral Gables: 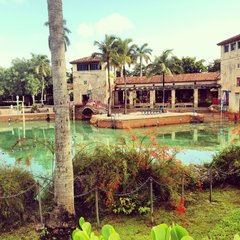 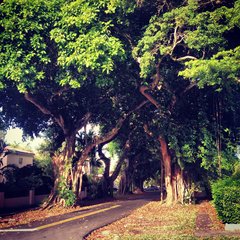 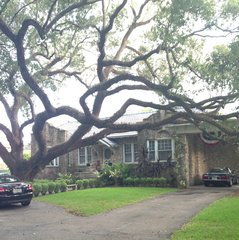 Cruise to the Bahamas

Last, but not least, the cherry on the cake, we took a cruise to the Bahamas!, where we mainly enjoyed the great weather, sun, sea, beaches, pools and food.

Our first port of call after Miami was Nassau: we visited Fort Fincastle and the Pirates Museum; apparently Nassau was a pirates' nest in centuries past.

The second port of call: the private island of Cococay, where we kayaked and snorkeled.

And the third: Key West (Florida), where we visited the Mel Fisher's Maritime Heritage Museum and the Hemingway House, followed by the southernmost point on the continental United States :)

The cruise itself was very, very nice :) Lots of good food, pool on top, fancy dining, and an overly nice room attendant who was clearly fishing for a tip :P 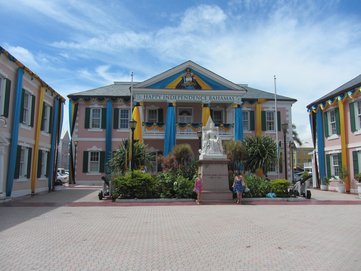 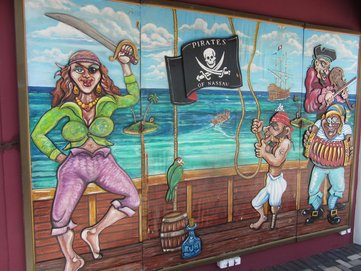 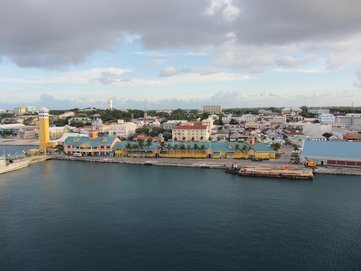 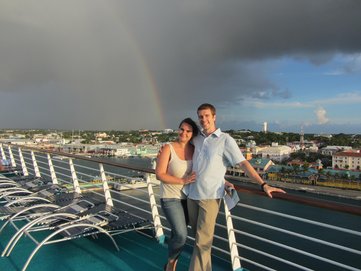 We spent another three days in Miami, New York and London, slowly making our way back home. Visiting the East Coast was great, but after three amazing weeks it was time to go home, very well rested, and more than ready to get back to work :)