Added on Sunday, 2011-09-18 14:35 CEST in category Moscow
Already in Soviet times, and probably before that, the peninsula of Crimea, in the very south of Ukraine, has been a very popular vacation destination. Crimea lies next to the Black Sea and the Sea of Azov and has a climate comparable to the French Riviera, making for a perfect sun-sea-beach-vacation: 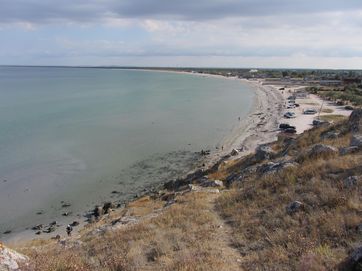 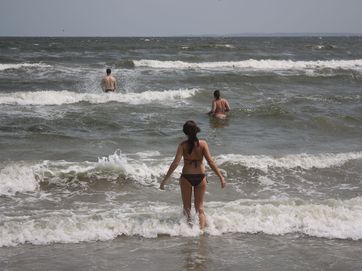 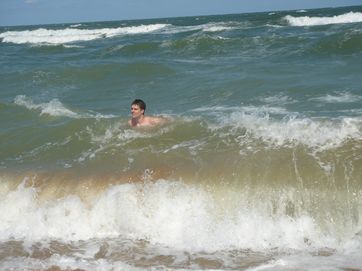 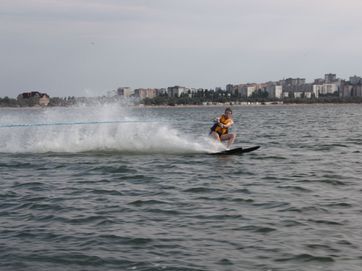 Now we're especially in luck, as my parents-in-law actually run a hotel in Crimea, so when we decided to go on vacation for a week to just really relax and do as little as possible, the choice was easily made. (Another thing that helped, was that Ukraine doesn't require visas for citizens of the European Union anymore, nor does it for citizens of CIS countries.)

There are direct trains going from Moscow to several locations in Crimea, so it's easy to get there as well. The trip itself is quite interesting. The trains going there are huge, so first off it make take a while to find your carriage. Once there, you show your ticket and passport (no getting on without your passport!) and take place.

There are generally four types of places:

For our trip we decided to go for coupe, since we were traveling with the three of us (me, my wife and her grandmom). This late in the season there aren't that many people traveling to Crimea anymore, so the last bed out of four was empty, and we had the compartment to ourselves. Since we usually go with friends, which is a lot more fun, here's a picture of that instead: 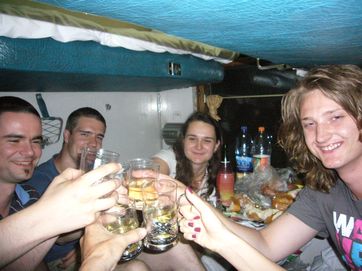 Although it's possible to buy some food and drinks on board, or on one of the stops on the way, most people prefer to bring their own food. It's not uncommon to prepare lots of chicken, potatoes, eggs, fruits, sandwiches and what-else-have-you, since the trip will be long: from Moscow to our stop takes about 24 hours.

Since the train crosses the border with Ukraine at night, passport control is also done then… First, at about 3:00 at night, the Russian side checks your passport, and takes ages because they've never seen a Dutch passport. You go back to sleep, and then second, at about 5:00, the Ukrainian side checks your passport again, and also takes ages for the same reason. Combine that with the 160x60cm bed, and that makes for a very lousy night's sleep…

The hotel consists of several separate buildings, a green one, a yellow one, a red one, and so on. There's a separate building for the kitchen and "stolovaya" (dining room), where breakfast, lunch and dinner are served to the guests. Sometimes a wine merchant comes by, displaying his selection (Crimea is famous for its wines). 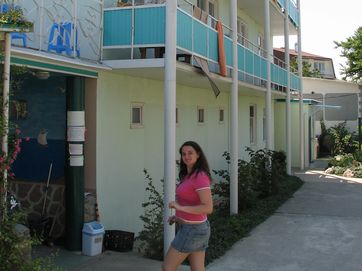 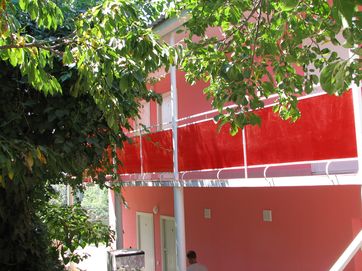 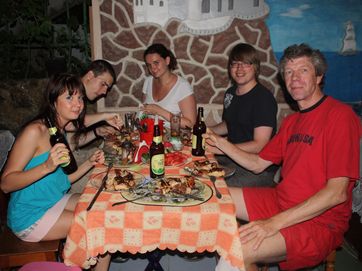 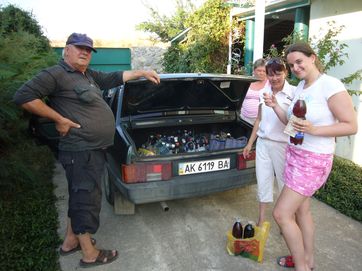 In between the buildings there's plenty of green, and it's a less than five minute walk to the beach.

Personally I'm glad the hotel's next to the Sea of Azov, and not the Black Sea, since the latter is colder and saltier and mainly has rocky beaches, whereas the former is very shallow, and thus warmer, less salty and has more sandy beaches.

Going around Crimea, it quickly becomes clear you're not quite in Ukraine, as pretty much everything is in Russian. That's because until Khrushchev gave Crimea to Ukraine in 1954, Crimea was actually part of Russia. To this day, the main language spoken is Russian, most people consider themselves Russian, and there are groups who want to return Crimea to what it originally was: Russia. This is of course extremely handy for Russian tourists, who usually don't speak a word of Ukrainian, and in Crimea also don't need to.

Now as said earlier, we mainly went there to just really relax and do as little as possible, and that's pretty much what we did. The following are a few pictures from previous trips as well, just to give a small impression of what's there: 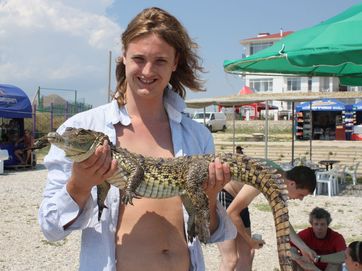 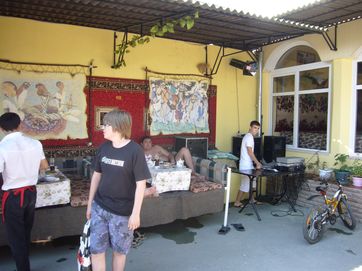 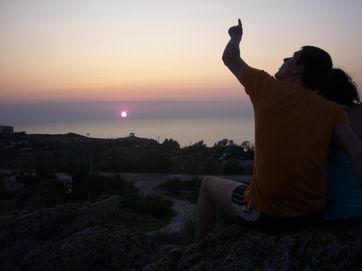 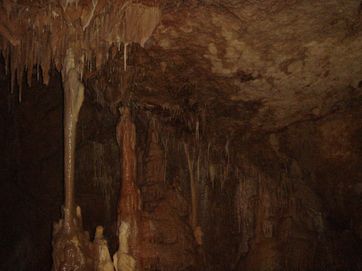 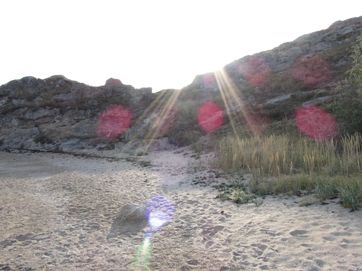 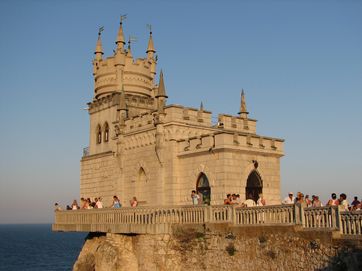 Usually the trip back is just like the trip there, by train. However, my parents-in-law were already driving back to Moscow, so we decided to go with them instead. (We're not unfamiliar with very long car trips, we drove from the Netherlands to Moscow and back, twice, so this wasn't quite as enduring as it might seem.)

In Crimea, the roads were still so-so, but when we got to mainland Ukraine, the roads got ever better, and once we got to the freeway it pretty much felt like Western Europe. Nice :) The big difference, however, was eventually getting to border control. Unlike the border we crossed earlier with Latvia, things actually went surprisingly well here. There were hundreds of cars, but we got through in just about two hours! After that it was pretty much one long road all the way back to Moscow, filled with the usual potholes. Just like by train, the entire trip took us about a full day.

All in all we had a great relaxing week, lots of rest and sunburn, and are very much looking forward to going again next year. Who's in? :)