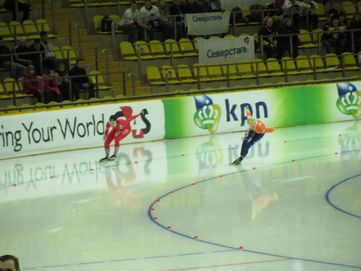 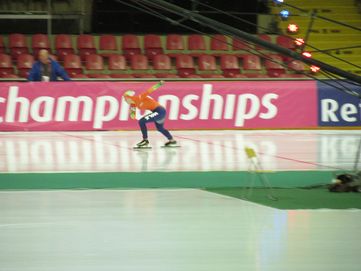 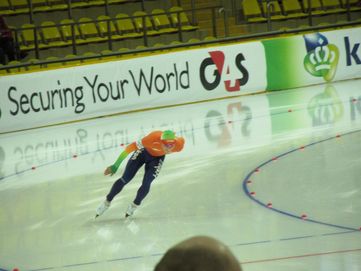 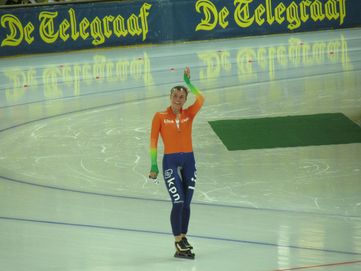 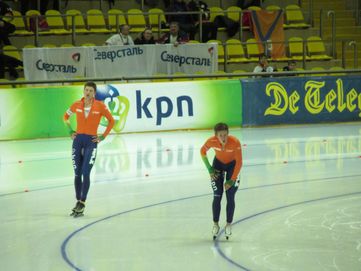 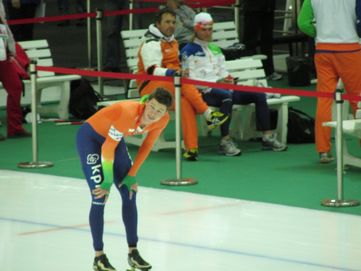 The Dutch Club in Moscow managed to get free tickets, which, with speed skating being immensely popular in the Netherlands, made for a nice turnout among the Dutch Muscovites: 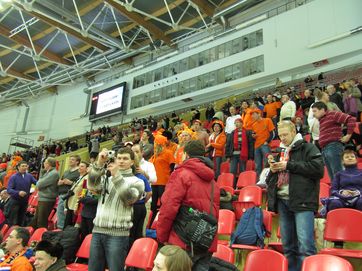 (Despite all the orange, I managed to get spotted on TV in the Netherlands by a friend :)

I decided to go on Sunday only, to see the 1500 meter men/women, 5000 meter women and 10000 meter men races, and of course the awards at the end. The Dutch currently have won more golden medals than any other country, so expectations were pretty high.

There were quite a few interesting races, but sitting through 6 5000 meter races and another 6 10000 meter races, which in total took well over two hours, it did become a bit of a drag. That is unfortunately one of the cons of speed skating championships, they can easily last 6-7 hours a day.

At the end of the day (literally :), not only did Ireen Wüst win gold, but Sven Kramer, Jan Blokhuijsen and Koen Verweij won gold, silver and bronze respectively, making for an all-orange awards podium and a wild orange crowd :) 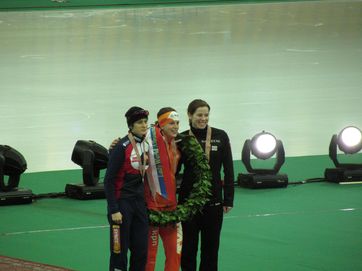 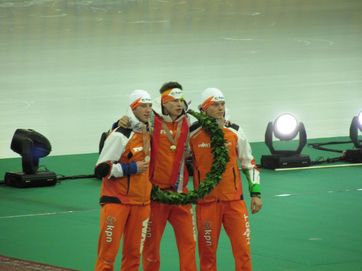 Lastly, a small impression of the actual skating, the very last race between Sven Kramer and Jan Blokhuijsen: