Added on Saturday, 2015-07-04 01:19 CEST in category Traveling
For our vacation this year we decided to keep it a bit simpler than usual: simply get in the car, and go! I'd been craving a road trip for a while, and did we get one! We hadn't planned anything in advance, and only knew friends of ours would already be in northern Italy at the time, and other friends in Barcelona. This led us to visit southern Germany, northern Italy, northern Spain, southern France and Monaco.

Since we hadn't planned anything we simply called places we'd like to stay only hours in advance, and usually this worked just fine. We noticed quite quickly, though, that even in Europe English doesn't always get you very far… The general impression we got in every country we went to was one and the same: we only speak our own language! This showed most clearly in chauvinistic France, where English was met with disdain and/or confused looks…

Fortunately I still speak some German and Spanish, and my wife speaks some French, and even in Italy we somehow managed to pick up a few words. But I'm getting ahead of things. Because before all that, we visited Legoland Deutschland! The rides were pretty relaxed (perfect!), but we'd of course mainly come to marvel at the (sometimes huge) Lego models:

A bit more to the south we visited the Neuschwanstein Castle, also known as the inspiration for Disney's Sleeping Beauty Castle.

Getting there proved a bit harder than we expected: the un-German-like organizational mess surrounding ticketing and transport to the castle (huge lines, lots of line cutting Germans) was quite a bummer… The castle itself was great, though, with a nearby bridge providing this beautiful view (no photography allowed inside…): 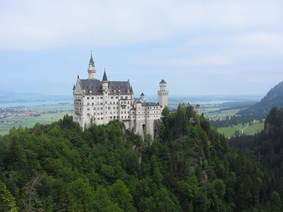 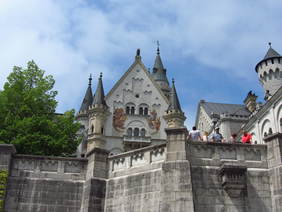 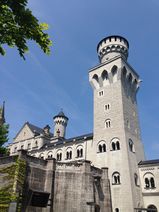 Off we then were to Italy, to meet our friends in Bibione, where we enjoyed the beach and surprisingly warm Mediterranean sea.

The next day we headed to beautiful Venice, with its sometimes absolutely deserted, at other times completely packed streets, its angry locals, and hundreds of gondolas. With the six of us we fit exactly: 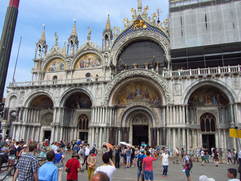 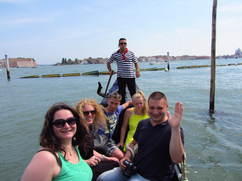 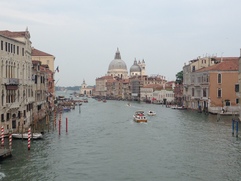 For the night we stayed in a castle, and had a very relaxing day off enjoying its garden and pool, before continuing our journey to Bologna (pasta bolognese :9), Pisa, Florence and Riomaggiore: 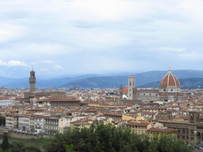 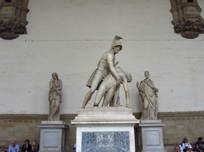 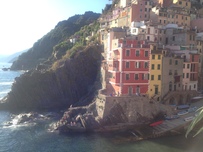 (Btw., passion fruit ice cream is quite popular in southern Europe, and it's the best!)

After we had said goodbye to our friends who'd come to Italy, we were off to visit our friends who'd come to Spain :) We had only slightly underestimated how far those two countries are actually apart, but after a ~10 hour drive we had finally made it. The ride itself was interesting, though, in both good and bad ways: the roads were great, and mostly we could drive a steady 130 km/h, but we incurred a lot of toll costs. Also, driving in southern Europe was surprisingly similar to driving in Moscow, or perhaps even a bit worse: speed limits were weird and could change every few hundred meters, and drivers were reckless, rude, didn't indicate and couldn't pick a lane. Thankfully there were also plenty of (empty and non-toll!) serpentine roads :D

Our friends had come to Barcelona, where we'd already been several times before. So besides some more sun, sea and beach (yay!), we focused on some places nearby: Lloret de Mar, the botanical garden in Blanes, and Dali's museum in Figueres: 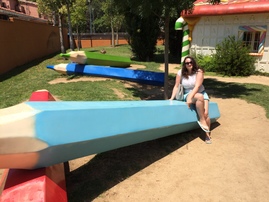 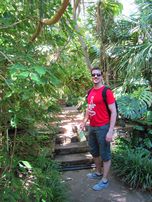 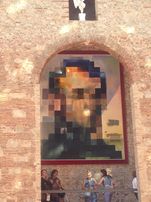 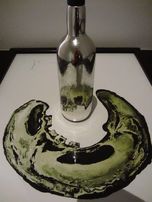 (Btw., did you know you can have a McDonald's caramel sundae without the sundae? They'll just pour you some caramel sauce, and that stuff is heaven :9)

Last up: the French riviera! During my youth we had regularly gone camping to the south of France, but mostly didn't go to the (relatively expensive) coast. On our way there we visited the citadel of Carcassonne, and decided to spend the last few days relaxing in Lavandou: 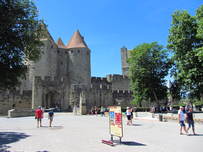 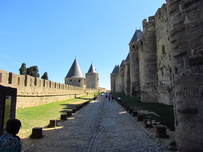 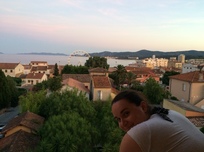 Although, we did make one last city trip: to Cannes, Monaco and Nice. We got to Cannes right as the Cannes Lions festival was taking place, which frustrated my wife as she couldn't enter anywhere… :P We quickly left for Monaco, with its casinos and all the riches they brought, and finished marveling at the Mediterranean sea next to Nice. There's a reason they call it Côte d'Azur: 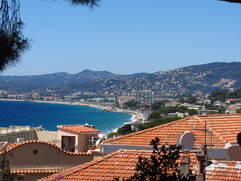 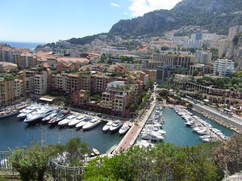 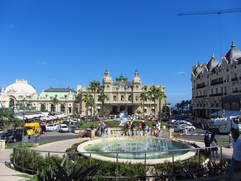 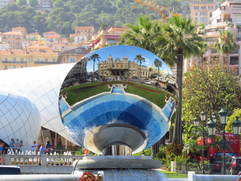 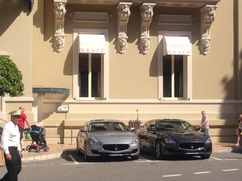 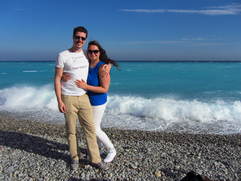 On the last day of our vacation we were pleasantly surprised by the "Fête de la Saint-Jean" festivities, which provided a great closure of over two amazing weeks throughout Europe :) 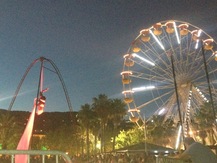 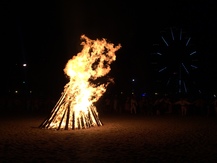