Added on Thursday, 2016-05-12 23:02 CEST in category Traveling
I won't beat around the bush: our trip to Ireland didn't go very well for me: the weather was (mostly) nasty, I got food poisoning on the second day, which drained my energy for days, Ireland was a lot more expensive than I thought it'd be, the cities just weren't that interesting, and there were a plethora of other small annoyances :(

Ireland's mercurial weather showed as soon as we landed: plenty of sunshine, followed by rain just shortly after. Lots of rain. And wind. 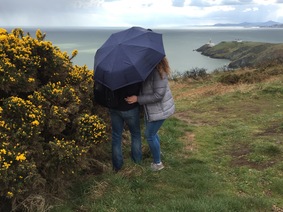 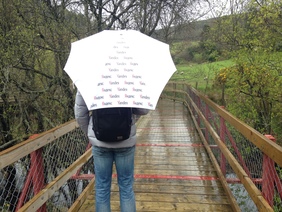 On the bright side, the nature was great, and it was mainly there the sun broke through. So I'll just mainly focus on that :)

We had rented a car to get around the island, and after a few weeks of experience in New Zealand, driving on the left proved surprisingly easy to get used to again. When constantly flooring it in low gear our slow rental car wasn't too bad either.

We went on a walking tour through Dublin, passing by Dublin Castle and Trinity College among others. 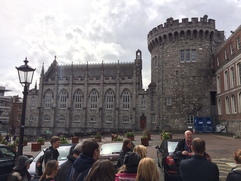 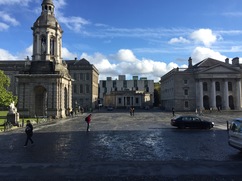 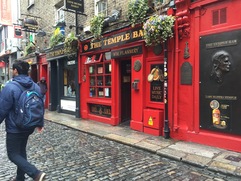 We also got invited to a tour around Google European headquarters by a former fellow student of my wife, which reminded me of the Yandex office in Moscow.

The next day we visited some of Dublin's surroundings, including the cities of Howth and Dalkey.

(So where exactly does that bicycle path lead?… :) And yes, they're actually swimming…)

As we drove on we came through the Wicklow mountains, from where we followed an old (and narrow) military road to Kilkenny. 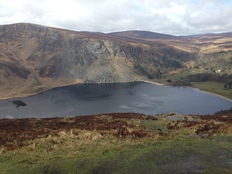 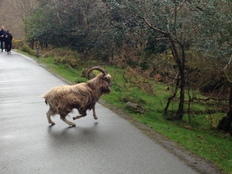 On we drove to Cork and Killarney in the south west, from where we started driving along the Ring of Kerry. At the end we find the island of Skellig Michael, which was used as a filming location for the final scene of Star Wars: Episode VII - The Force Awakens. 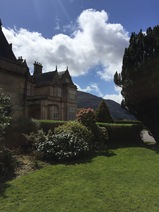 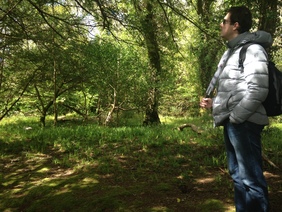 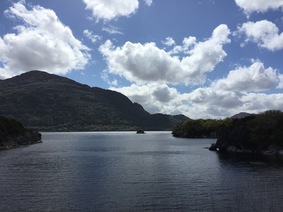 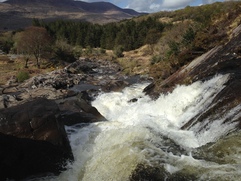 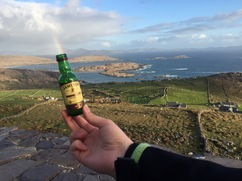 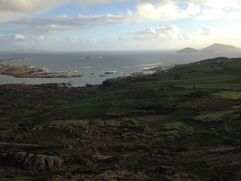 (That's Skellig Michael on the top-right of the bottom-right picture.)

The roads were a lot of fun to drive, too: they were long and winding, going up and down, and pretty much everywhere the speed limit was 100 km/h :)

We spent the night in Dingle, where the owner told us they were building a film set for the upcoming movie Star Wars: Episode VIII nearby. 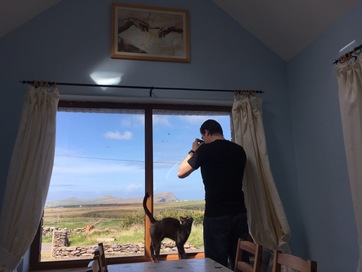 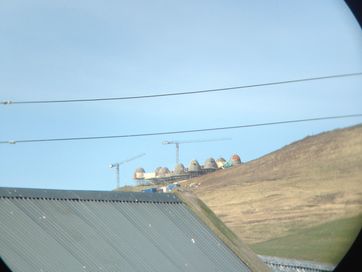 (As we drove up we were kindly told the "road ahead was closed, so please turn around" :P)

As we drove north we passed by the Cliffs of Moher. 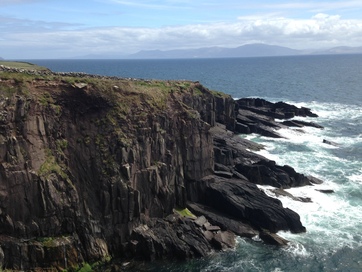 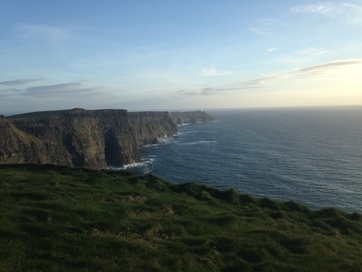 Perhaps strangely enough, I was captured more by the very odd rock formations in The Burren, which looked quite similar to brain convolutions. 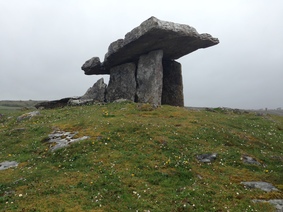 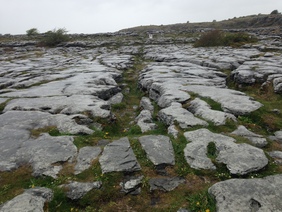 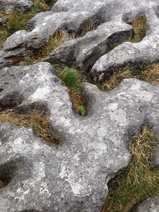 Of course this wouldn't be Europe without a castle thrown in here and there, and in Bunratty they've got quite a nice one, featuring also a number of houses from throughout the last centuries.

To complete our trip we thought it'd be nice to check out Northern Ireland, and specifically Belfast. We were quite surprised by the existence of so-called peace lines, separating catholic and protestant neighborhoods. As we walked around town we saw quite some interesting murals too.

The city showed plenty of other interesting architecture and art too. 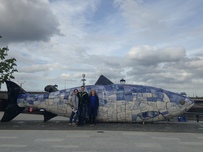 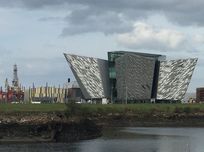 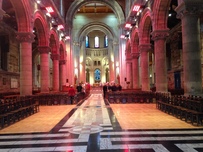 By this time we had seen most everything we had planned and wanted to, and looking at the weather forecast for both Ireland (12°C and rain) and the Netherlands (25°C and sun) we decided it was time to leave and go home a bit early. Like I wrote before, the trip didn't go too well initially, but in the end especially the beautiful and unusual nature proved worth it :)