In March 2020, the coronavirus pandemic had properly reached Europe, and everything was closing down: stores, daycares, borders, etc. My wife and I both worked full-time, so looking after our daughter also was proving to be tricky. The day before the borders were actually closing, we agreed with my mom-in-law to bring our daughter to her in Prague for the time being. This meant we suddenly had a ton of time to ourselves, so within a few weeks my wife was pregnant :)

Like last time, this pregnancy would prove itself to be quite difficult and taxing. The Swiss health care has been amazing throughout the pregnancy and birth, which gave us a lot of relief. 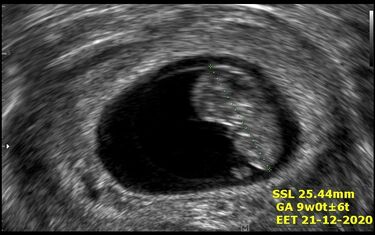 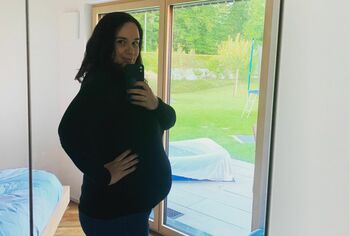 About halfway through the pregnancy we learned we would be getting a baby boy. We had already come up with a name years prior, and despite months of looking for other names, we stuck with our original choice: Daniel Alexander Maatjes-Siletsky.

But first a bit about his forename. Usually, "Daniel" in Dutch is written with a diaeresis: "Daniël". We considered adding the diaeresis, but eventually decided against it:

We contacted the Zurich civil registry already in May to figure out if and how we could give our son the surname "Maatjes-Siletsky". (When multiple countries and citizenships are involved, paperwork is hardly ever easy, so we started well in advance.) The good news: it was all possible, and it's now all done. The bad news: it proved very frustrating and expensive to pull it all off.

It seemed like every time we called, we spoke to a new person, who had their own interpretation of the rules: When we then did finally hand in all the documents, they charged CHF 75 per foreign document to assess, and CHF 35 per document we wanted returned to us to make a certified copy of.

The Swiss are sticklers for rules, and one of the rules for issuing a birth certificate for a newborn baby, is that both parents have to show a recent birth certificate issued by their country of birth (so no "Haagse Akte" for us). This proved no problem for me; I was born in the Netherlands, and could request a new excerpt online, which I received a few days later. My wife, however, was born in Russia, where you're usually issued a single birth certificate for life.

Although the Zurich civil registry is aware that Russian surnames are declined by gender, they requested an additional confirmation from the Russian authorities due to my wife's unusual surname, which consists of a Dutch part ("Maatjes-Siletskaya") and a Russian part ("Maatjes-Siletskaya"). We drafted this confirmation ourselves, in German, and the Russian embassy signed it for us.

We so should've checked with a native speaker what the confirmation actually said, though… When I drafted the letter, I did so in English, and used Google Translate + a bit of fiddling myself to translate it to German. This mostly went just fine, except for one small, but very important detail: the English word "to decline" can mean to grammatically change the gender of a word, e.g., from the feminine "Maatjes-Siletskaya" to the masculine "Maatjes-Siletsky". But "to decline" mostly means "to refuse", so Google Translate helpfully picked that translation to German. So in short, the confirmation actually stated that it's not possible to give the surname we wanted :( (We eventually requested and received another confirmation, and now it's all fine.)

During one of the last check-ups, the gynecologist referred us to the hospital for birth, fearing pre-eclampsia may set in soon. I said goodbye to my colleagues, and off we were to the hospital.

Yet another two days later the contractions started for real, and off we were back to the hospital. The third time's the charm, after all :)

We arrived at the hospital early in the morning, walked around a bit, and filled out some paperwork. The birth application form specifically did ask some very unusual questions: what's the mother's religion, and how many children have you had with other men? Excuse me?…

But then things progressively got more intense. Whereas our daugter was born with a cesarean section, this time my wife wanted to go for a natural birth. Although all of our communication had been in English that day, it was very interesting to hear how my wife fell back to her native Russian just this once when labor got really intense. (Russians reading this may remember this being part of the plot of Seventeen Moments of Spring.)

All of a sudden, labor sped up, and by early evening we held our son in our arms! 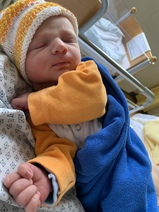 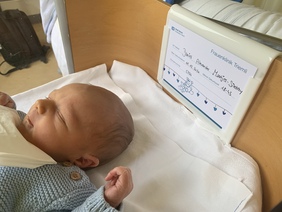 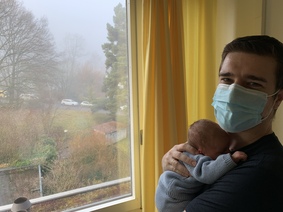 (Big thank you to the hospital staff! They've been very helpful and professional.)

Due to the coronavirus pandemic, visiting was somewhat restricted, but not three days later mother and son could come home :) Just like his sister, our son has been a very quiet baby from the start, only making a fuss when he really needs something. This left his parents with enough energy to feed him, talk to him, and play with him. 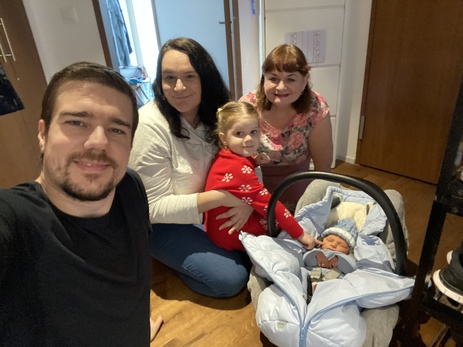 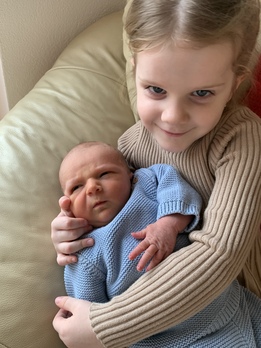 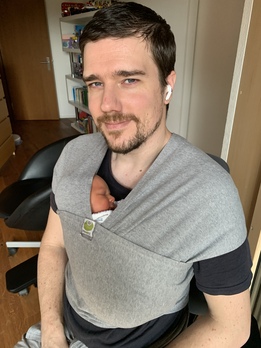 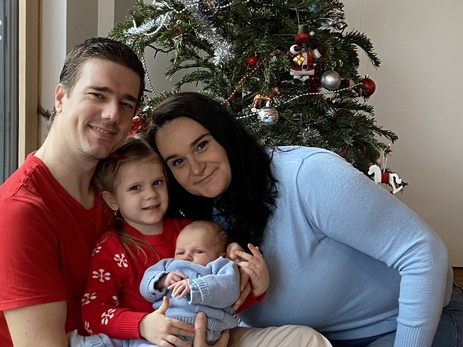