On 28 June 2016, our friends Jeremy & Rebecca's son Abraham (Bram for short) was born. They had asked us to be Bram's godparents, which we gladly accepted :) When we came to visit them in Taiwan in October 2016, Jeremy's parents said that since we had become godparents, we should become actual parents soon as well. They couldn't've been more spot on: although my wife and I had been trying to conceive for a while, it wasn't until that trip that we found out my wife was indeed pregnant! 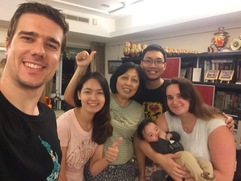 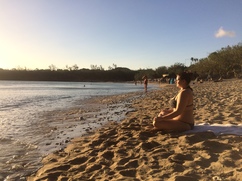 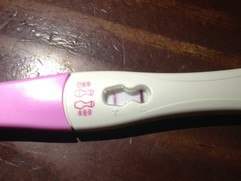 When we were back in the Netherlands we started buying books on pregnancy, upbringing, etc., and of course made an appointment at the midwife's practice. Now apparently in most countries when you're pregnant, you go to a gynecologist. Not so in the Netherlands: a pregnancy is not a disease after all, so you don't need an actual doctor to tend to you.

My wife had her reservations about this approach, and already during the very first appointment the midwife proved her right. During the ultrasound scan she said: "I don't think you're pregnant. I don't see anything." Perplexed and in light shock we heard her talk about "fake pregnancies", where the body thinks it's pregnant, but it actually isn't, until she suddenly said "oh wait, never mind, I see it now, sorry about that…"

Subsequent visits didn't go much better: every appointment was with a different midwife with no actual medical background, who just looked at us blankly when we asked difficult questions…

With my wife having grown up in Russia, but us not wanting to be there for a long time, we looked instead at Prague, where mom-in-law lives, and where the medical system is similar to that in Russia. Around Christmas my wife found a gynecologist in Prague willing to lead her pregnancy, so since then we traveled to Prague every month or so.

The gynecologist did a few tests, one of which indicated a heightened risk of preeclampsia, for which my wife was prescribed aspirin. Even though it was too early to tell with confidence, he also thought we'd be having a baby boy, whom we had decided long ago we would name Daniel Alexander. Can you tell by the pictures? :) 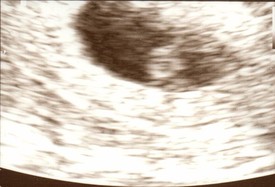 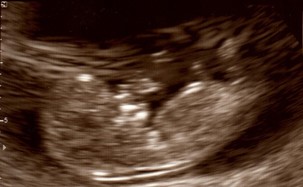 In the meantime we were considering maybe giving birth in the Netherlands after all; otherwise we'd have to go to Prague for a few months. One of the reasons to indeed go to Prague was the surname debacle.

My wife's surname is Maatjes-Siletskaya. But Russian surnames are declined by gender, so if we are indeed to expect a baby boy, then his surname would have to be Maatjes-Siletsky. Not doing so would be as weird as naming our son Margaret. Unfortunately if the baby is born in the Netherlands, then its surname has to be either the father's surname, or the mother's surname, verbatim. No declensions are allowed. (There are exceptions for foreigners in the Netherlands, which we are not.)

In Czechia, however, surnames are declined as well, and us being foreigners there made the whole process a bit easier. The Dutch authorities assured us any foreign certificate of birth would trump the usual Dutch rules, allowing for a properly declined surname.

During the 20-week check-up we were surprised to hear we were having a baby girl instead. We had had the idea of a baby boy in mind for weeks already, so this took a bit of a switch in thinking. This immediately resolved the surname debacle: my wife's surname Maatjes-Siletskaya could be passed on to our daughter verbatim. However, we had no idea yet what name to give her.

In honor of her best friend Anna, my wife wanted to give our daughter a name ending in -ana, like e.g. Juliana. To the Dutch this name sounds odd, though, because the only person in the Netherlands known by that name is our former queen Juliana of the Netherlands.

We eventually came across Viviana, which we'll shorten either to Vivi or Ana. As a second name we chose Eleonora, making her full name: Viviana Eleonora Maatjes-Siletskaya.

Up until week 26 everything had been going fine. We worked, traveled, and enjoyed life :) But then during a business trip to Moscow my wife's blood pressure suddenly spiked, and she was hospitalized there for a few days.

High blood pressure is one of the precursors to preeclampsia, which my wife had a heightened risk for, and needed to be treated fast. Thankfully because of the prescribed aspirin there were no ill effects for the baby, who continued to grow, turn and kick just fine. My wife, on the other hand, continued to be very weak, and after her flight home lay in bed most of the weekend.

The midwife, not having any proper medical education, couldn't do much to help, and the gynecologist deemed her complaints not urgent enough for a weekend visit; it could wait. We decided enough is enough, and we'd be going to Prague. My wife flew there the day after and stayed there at her mom's, resting and visiting the hospital, while I finished up back home and joined her late May.

Ideally, my wife would give birth in Prague, and after a few weeks we would go back to the Netherlands. But life is rarely, if ever, that simple. Not only did my wife have to go to Prague earlier and stay there, leaving again after birth isn't that easy either: we first have to wait a few weeks for the birth certificate, and ideally the baby should have a (Dutch) passport to travel with, which will take another month or so. It looked like we were going to be a while.

In the meantime I was being fired from Yandex, and I had decided to also quit my other job at Paragin. With the generous severance package from Yandex for me and maternity leave for my wife, we would be able to spend a few months with our daughter before going back home to the Netherlands. That did of course mean packing up. 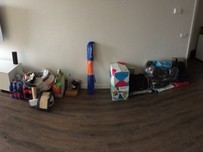 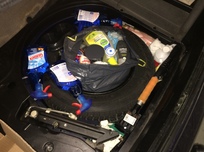 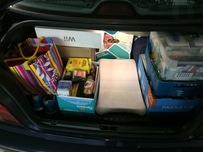 Since we stayed with my mom-in-law, we of course had a bit less space than we were used to in the Netherlands, but after moving a few things around and a lot of unpacking, we made ourselves a cozy little home for the next few months. 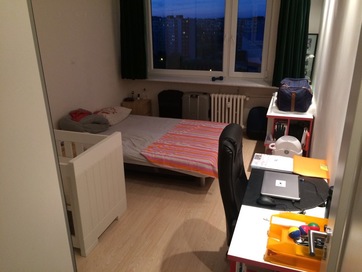 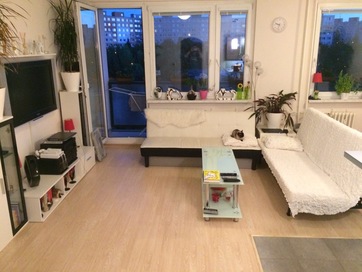 During the final weeks of pregnancy, most babies turn to the head-down position, but for some reason our baby did not… Because of possible complications during a natural birth, the gynecologist therefore strongly advised a planned cesarean section instead.

Until then, in a week and a half from now, we're reading up, sleeping in, and just doing what we feel like while we still can. After all, to end with a cliche, afterwards our lives will never be the same again :)