After we'd both gotten jobs, and with that more financial freedom, we decided that once a year we'd book a room in a fancy hotel to inspire ourselves to keep developing, growing, and some day live in a place better than that. The next year we celebrated in Russia, then came Germany, the Czech Republic, on the beach on Aruba, and last year at the top of a cathedral in Belgium.

For this year, though, we were in a bit of a conundrum: we happened to be in Moscow around the time of our anniversary, but had already celebrated it there. We had heard on a few occasions that Minsk was quite a nice city, and only a night (by train) away, so we decided to give it a go :) (Russians don't need a visa to go to Belarus, and there's no border control with Russia either.)

It had been a while since we traveled by Russian night train, and as we got in I remembered why: the Russian Railways apparently don't know what a vacuum cleaner is, and with the compartment being so stuffy and dusty even the little girl on the bed above me snored… At least this time the window opened :P

Another thing that surprised me was the very unusual way the tap works. Looking at the picture on the left you'd expect the red and blue knobs to turn on the hot and cold water, right? Well, wrong! They didn't really seem to do anything at all. You apparently have to lift the small pin located under the tap, which as a side effect sprays water all over the place. 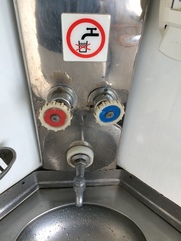 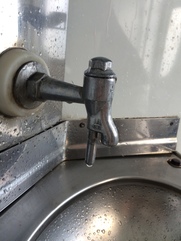 So then, Minsk! My wife and I were pleasantly surprised, and liked the city quite a lot. Minsk is quite spacious, with (very) clean streets and lots of restaurants. In part, the city felt stuck in time: Soviet architecture dominates, clothing fashion was unusual, there was a lot of 80's music, and of course there were the obligatory Lenin street, Marx street, etc. On the other hand there were quite some Russian and western chains, like KFC and McDonald's, public Wi-Fi was available at most places, although that's apparently a recent thing, and we could pay by credit card most everywhere.

The streets were very quiet as well, as if the city's too big for its population. There were hardly any lines, not even at the airport when we left.

For such a (relatively) empty city there were a lot of policemen and soldiers on the streets, patrolling their fixed routes. It's a very strange feeling when you happen to walk the same route, and they seem to follow you… :P 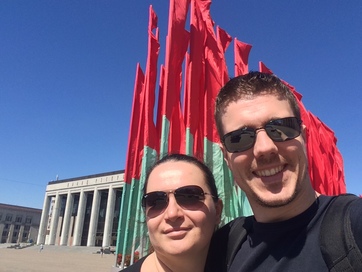 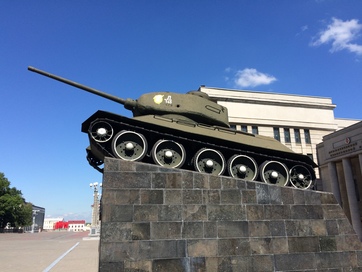 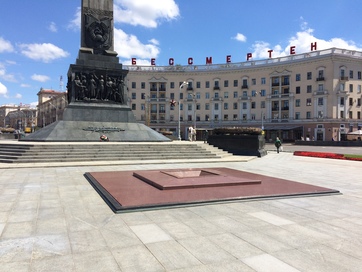 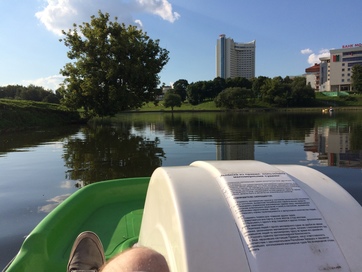 Prices were quite reasonable too. Belarus had just completed another denomination, so business lunch could be bought for a whopping 2 rubles at some places. (Btw., the current exchange rate of the new Belarusian ruble to the old Dutch guilder is 1:1 :)

Although we liked Minsk, the general feeling we got was a somewhat peculiar one. Had the Soviet Union still existed, then this may very well have been what it would've been like. And it's very odd to think that in a way it still does.