Added on Thursday, 2016-11-10 08:52 CET in category Traveling
In 2014 my wife and I visited our good friends Jeremy & Rebecca in Taiwan. We'd seen each other a few short times in between, but we all thought it'd be a good idea to properly come visit again :) Moreover, a few months ago, Rebecca gave birth to their son Bram, so even the more reason to come visit!

Meanwhile, our friends Liuba & Anton had moved to Singapore, whom we got to visit on our (quite lengthy :P) stop-over to Taipei. First and foremost, thank you all for having us over, we've had a great two weeks :)

Singapore as a whole felt like a somewhat odd combination of Great Britain and Asia, with a very high GDP, the biggest port in the world, draconic laws, unusual English, and a highly multicultural society. Some of this was quite noticeable already at the airport after we landed: pretty much everyone spoke English, the airport itself was great (short lines, free WiFi, a butterfly garden, etc.), and we were warmly welcomed by an attendant who, after hearing we were Dutch, spontaneously started singing the Dutch anthem :)

People's English in general didn't seem very good, though, even though purportedly a lot of them speak it natively, and it was often hard to understand what was meant because of the unusual pronunciation, heavily influenced by so-called Singlish.

Singapore isn't particularly big, so we visited most highlights in a day or two, including Marina Bay, Gardens by the Bay, China town, and the Buddha Tooth Relic Temple. 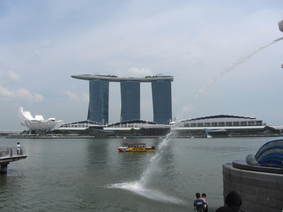 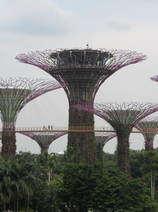 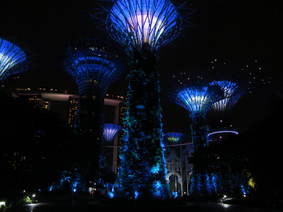 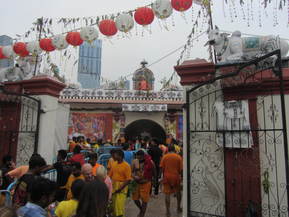 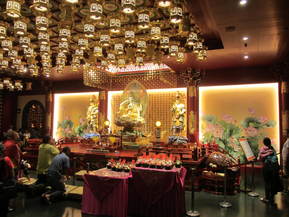 In the evening we unwound at Liuba & Anton's apartment, who have access to the swimming pool and their own jacuzzi right on their roof terrace! Go jacuzzi movie night! :) 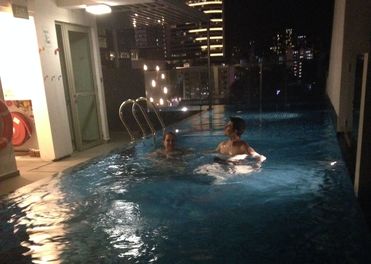 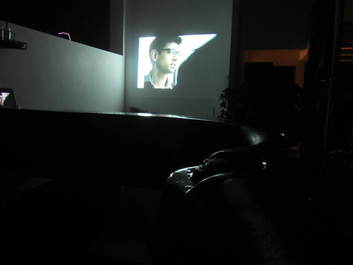 So as to not spend too many vacation days, we worked during week days, but in the evening still had some time to visit the Singapore zoo's Night Safari, where Liuba got to hold a snake :) We saw quite some more wildlife, but taking pictures in the dark proved quite difficult… 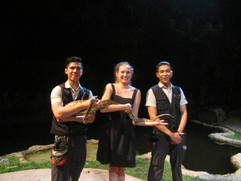 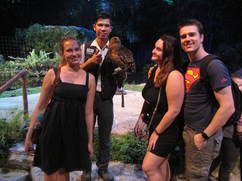 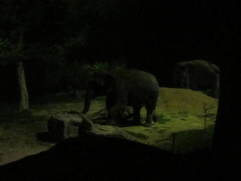 After a few days in Singapore, we were off to Taipei! Although we worked during the days, we already got to spend some time with Jeremy & Rebecca, Bram, and their family. Although only four months old, Bram already looked quite calm and inquisitive. 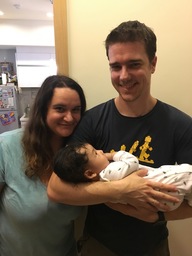 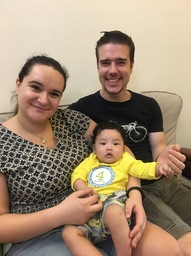 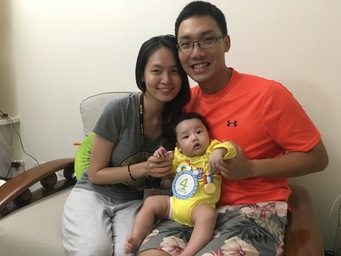 We made a few short trips in and around Taipei to the Shilin Night Market, Wulai and the golf course: 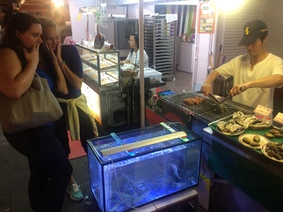 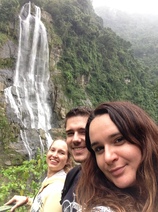 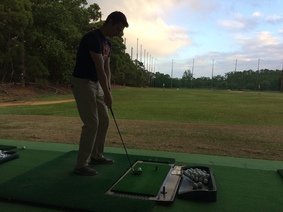 When we visited Taiwan in 2014, together with Jeremy & Rebecca we traveled through most of the island. At the very end, however, I fell ill, which indeed proved to be "only the more reason to come back in a few years" :)

Although Kenting is way on the other side of the island, getting there was a breeze: by high-speed train and bus it took us only four hours to get there from Taipei.

Despite the strong wind, we thoroughly enjoyed the sun, sea, beach and a bit of waterskiing, at the end of a wonderful trip to Singapore, Taipei & Kenting :) 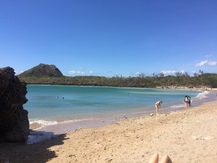 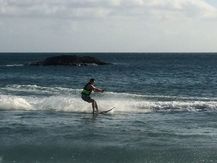