Added on Thursday, 2014-12-04 09:34 CET in category Traveling
A few weeks ago our good friend Jeremy (from Taiwan) got married to Rebecca. They planned their honeymoon to Switzerland and Greece, and invited us to join for a few days in Switzerland.

We arrived a day early to Geneva, where we strolled around the city center and of course visited the Jet d'Eau, one of the highest fountains in the world, with water at the base coming out at 200 km/h. 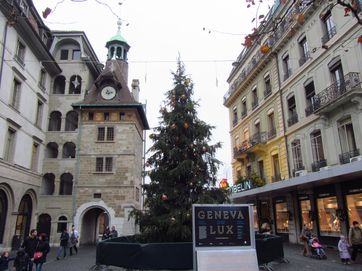 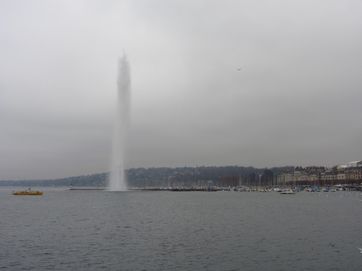 (Most of the trip was very overcast, so check out Wikipedia for some nicer pictures ;)

We also met up with our friend Alina, who lives there. She explained how pretty much all of Geneva is into running to combat their depression. Living in a golden cage making way too much money isn't easy, after all…

The next morning we picked up Jeremy & Rebecca from the airport, and after a quick stroll through Zurich and Lucerne, we headed to Engelberg, to visit the Titlis mountain. Going up isn't cheap, because effectively you have to buy a daily ski pass, but it's well worth it.

While we were going up by cable car I saw my first ever glacier, and eventually enjoyed the stunning view on top. 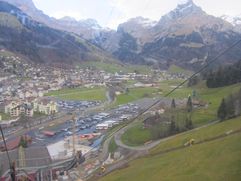 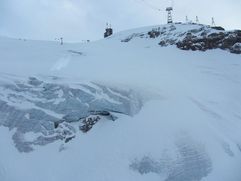 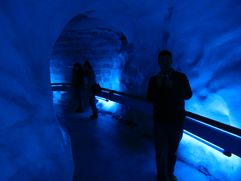 After a lot of climbing and playing around in the snow it was time to head back.

After Engelberg we drove to Täsch to take the train to Zermatt (no cars allowed there), the tourist town just north of the Matterhorn. Unfortunately we got there too late to still go up the Gornergrat mountain, so instead we indulged in local chocolate and the hotel's spa and restaurant, before falling asleep in front of the crackling fire… :D 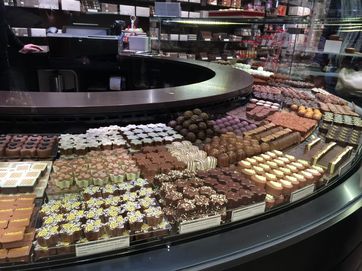 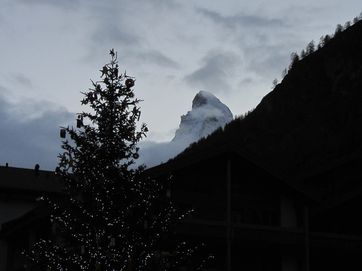 Early in the morning we left Jeremy & Rebecca to enjoy the rest of their honeymoon and drove back to the airport, but not before a visit to CERN, also known as the European laboratory for particle physics. We were given a guided tour along CERN's very first particle accelerator, the synchrocyclotron. 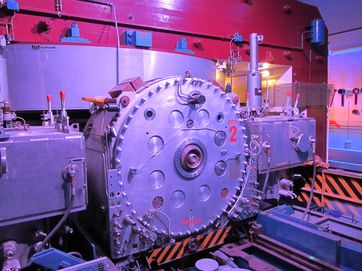 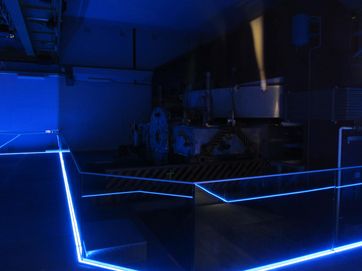 But more importantly, we paid a visit to the ATLAS control center. The detector itself lies about 100m underground, so we couldn't visit the real thing, so here's a LEGO model: 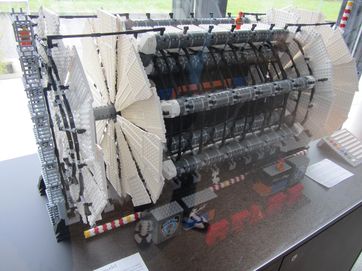 That day I learned that: