Added on Monday, 2014-07-14 23:09 CEST in categories Moscow, Traveling
A few years ago I started working at Yandex, when we still lived in Moscow. We then moved to Prague, but I was lucky enough to be able to keep my job and work from home. Some time later we moved to Rotterdam, and I got hired by the Dutch Yandex office.

For those familiar with the Moscow office, the Dutch one is very similar, but much, much smaller. We do regularly see planes catch fire, though :) 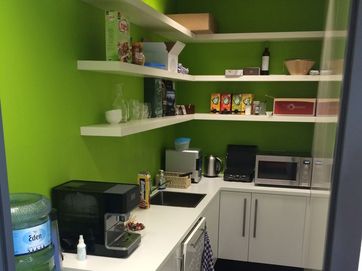 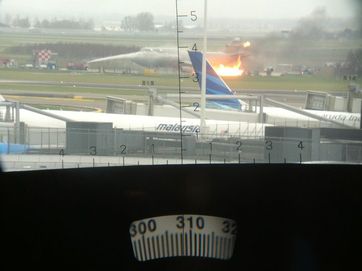 Although it's great working there, most of my direct colleagues work in Moscow. In order to make sure I don't slowly disappear from their radar I still regularly go back to Moscow, to work from there for a few weeks, to interact with my colleagues face to face, but also for a large part because I like Moscow :)

Living in Moscow can at times be hard and frustrating, but visiting it on a regular basis (every 3-4 months or so) is great! I've been doing so for almost two years now, and the trips there keep getting better.

This time around I arrived just in time to go to Yandex's English Club, where we played "шляпа" (shlyapa), a word/person guessing game. But my main reason for planning this trip early July was Yandex's yearly picnic! 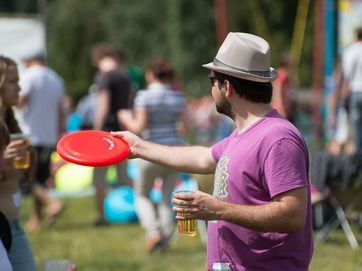 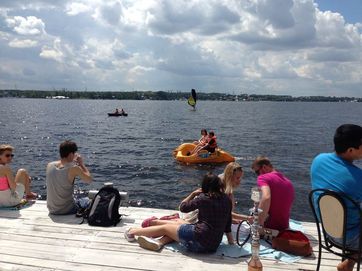 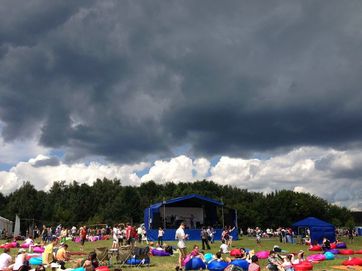 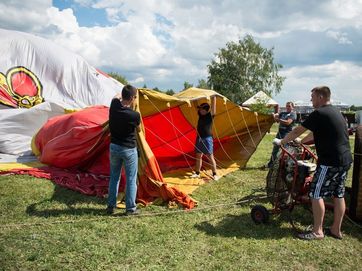 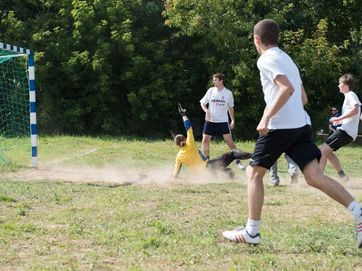 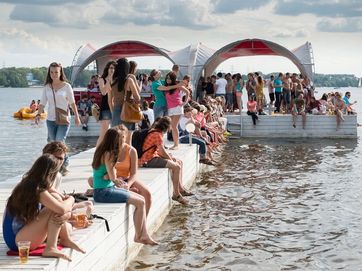 After the picnic we went to our friends' dacha, where we gathered berries :)

The weekend after we had another interesting event planned: horse riding! I'd ridden horses before, but only in winter with lots of snow and lots of clothes on: 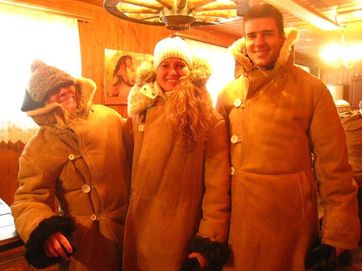 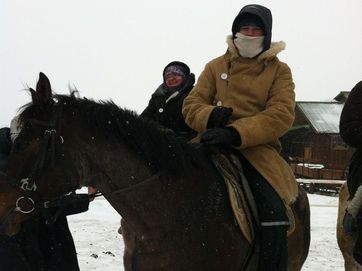 Whereas last time we apparently crossed a few rivers without even having noticed them, covered in snow as they were, this time we had to wade through them: 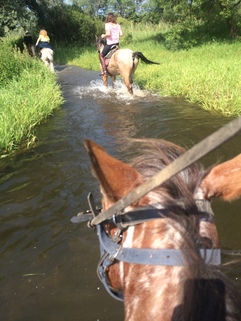 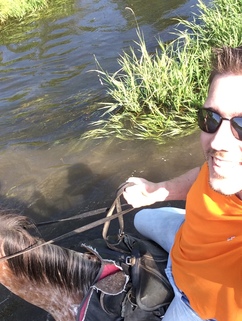 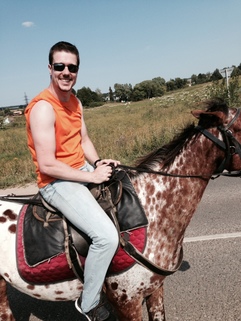 Since we advanced to the intermediate group we also finally got to try out galloping! No pictures there, unfortunately, I held on for dear life and really need to work on my technique; everything still hurts… But regardless it was loads of fun :)

On the last day we went for a bike ride to Парк Горького (Gorky Park). I was sad to see they removed the spaceship that once stood there, apparently it's not coming back… What does keep coming back though, is the huge masses of people, with more and more of them coming by bike!

A few years ago I complained about the total absence of cycling culture, but Moscow seems to slowly be getting there. From Gorky Park now meanders a kilometers long cycling path around the Moskva river back to МГУ (MSU, Moscow State University), and this trip for the first time I saw 1) a mother ride around with her child on her bike, 2) a traffic light for cyclists.

These last two weeks I've had a great time, for most of which I have my friends to thank :) I'm grateful for having so many in Moscow, without whom these trips would be a lot less interesting, and I'm sure I'll be coming back many times more :) Thank you, and till next time!