On New Year's day we took the ferry to Picton, from where we drove to Blenheim, in the Marlborough region, now famous for its wines. Now, indeed, because it has been so only for the last decades. Despite their young history, New Zealand wines are great! I'm not too avid a wine drinker, but my wife is becoming quite the connoisseur, and she absolutely loves New Zealand wine. 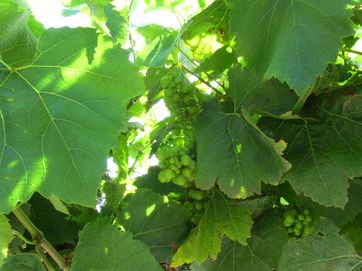 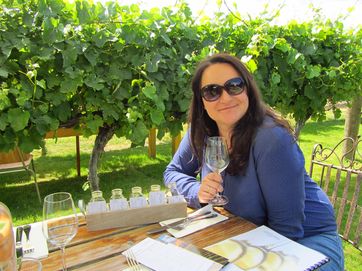 It all started for her when she was in London, and got served wine from Tinpot Hut. She got so fascinated she contacted the wine maker, and eventually got us invited over to their house, where we talked all about wines, vintages, white vs. red in New Zealand, the climate, etc. It seemed the more you get to know about wine, the more you realize there's that much more still you don't yet.

It also seemed the more wine you buy, the more you realize you can take with home only so much…

Not too far from the Marlborough region lies the Abel Tasman National Park. We were dropped off on the beach, from where we started a romantic stroll along the water. I.e., until we started spotting jellyfish. Really big jellyfish.

We had planned to take the low-tide route, but since I had miscalculated a bit, see the second picture, we had to take the long way around. (Btw., here's why there are two high and two low tides per day in most places.) 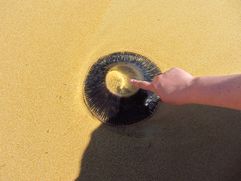 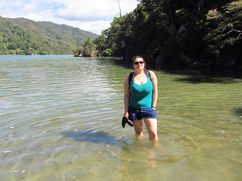 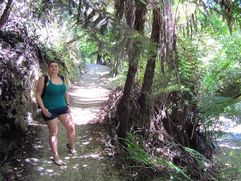 It was nice getting out of the hot sun, but in the shade a more annoying danger lurked: sandflies… They're tiny like fruit flies, so you don't see or hear them, but they sting, a lot. Their stings are also very itchy, and they can stay itchy for weeks. It's been a month since we're back, and the bites are still visible :(

Right at that time we fortunately hadn't noticed them too much yet, so off we were to the first checkpoint. By the time we got there the water had receded, so we could check out the interesting fauna on the sea bed. There were also a lot of boats waiting helplessly for the water to return :) See below for an impression of the rest of the trail: 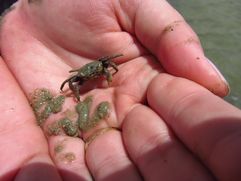 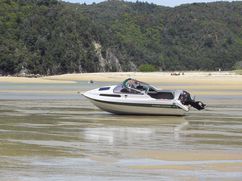 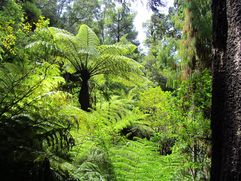 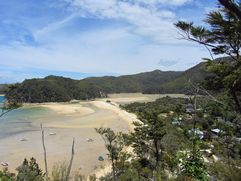 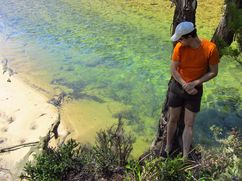 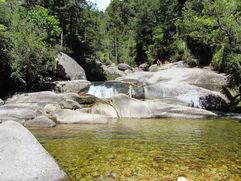 Before evening fell we had made it to the camping site, where our camping gear had been dropped for us. With many vacations during my youth spent on campsites, the tent was set up in a jiffy, which left us time for a swim and doable dinner (spaghetti, meat balls and sauce from the same can :P). 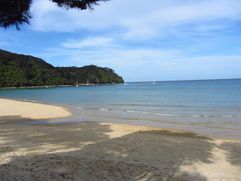 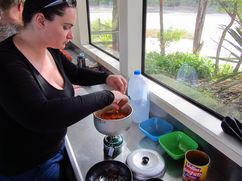 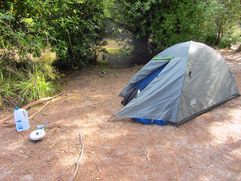 After a, quite frankly, horrible night in the tent we headed to the beach, where we got into our kayaks. The kayaks were pretty neat, gave ample dry space for our belongings, plus they had a rudder at the back you could steer with your feet.

As is the case in most of New Zealand, the scenery was very beautiful. We saw flying fish, seals, and near the end even a few stingrays! 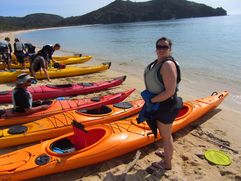 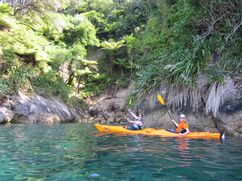 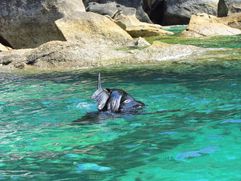 By this time I had become fully accustomed to driving on the left side of the road, and it had become such great fun! As opposed to the kinda crappy Daihatsu we had on the North Island, which would max out at 70-80 when flooring it uphill, on the South Island we had apparently rented, as Jeremy Clarkson calls it, the fastest car in the world: a rented 1.8L Toyota Corolla :)

Now entire New Zealand only has about 4.5 million people, with the vast majority living on the smaller, and therefore more densely populated north island. Suffice it to say we didn't come across a lot of people on the south island. Since there were no freeways, we got to drive the (mostly deserted) long and winding, and very scenic roads. Combine this with a 100 km/h speed limit and you get one eager driver :D

Corners which you can't take at 100 km/h are indicated as such, showing signs such as "45" or "65", indicating the speed at which you can go through them safely. I quickly picked up you can add about 40-50% to this number, and you'll have a bit more fun :)


(I know, I know, it's no Formula 1 car, but the videos don't reflect the actual speed well.)

The road down south

While driving (racing?) through New Zealand's beautiful scenery, we came across Punakaiki pancake rocks, where the layered rock formations lie as if they're built up of pancakes, and drove partly through Arthur's Pass.

We had heard keas could be found along Arthur's Pass, so after not having seen one for hours we were a bit disappointed. But then this happened, as we turned around to our car :) 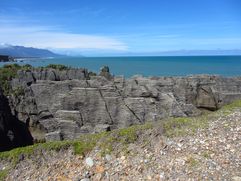 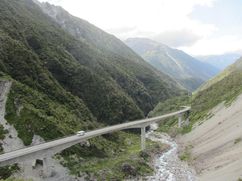 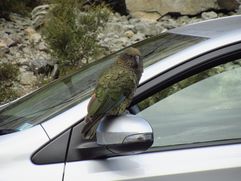 Keas are quite inquisitive and not shy at all. They're also attracted to cars, because they like eating away at the rubber rim around car windows.

Here're some more impressions of the most beautiful country in the world :) 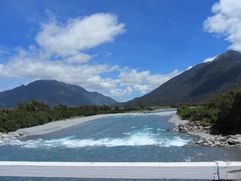 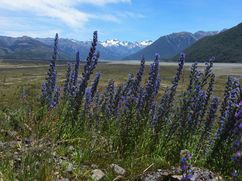 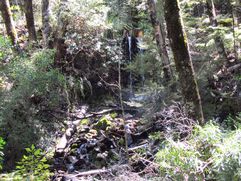