Added on Friday, 2015-04-10 00:34 CEST in category Traveling
My wife's mom still lives in Prague, so to keep seeing each other they regularly go somewhere together. This time we decided me and my mom would join for a long weekend in Milan :) The reason for Milan was simple: plane tickets were very cheap, none of us had been there yet, and Italian cuisine is amazing!

Milan we were told is kind of the Rotterdam of Italy: its 2nd biggest city, greatly damaged during World War II, with not that much history, not much architecture, and not that much to see. We'd beg to differ about the latter points :)

On our way to the center we came across lots of interesting buildings, churches, statues, and one particularly interesting mosaic (why here?): 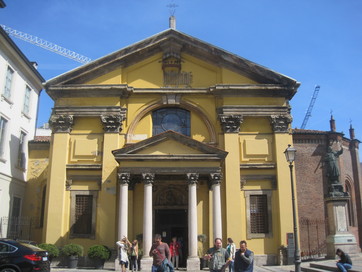 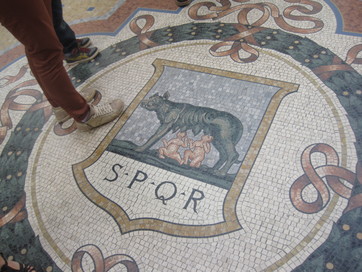 The main thing to see in the center is Milan's famous cathedral: 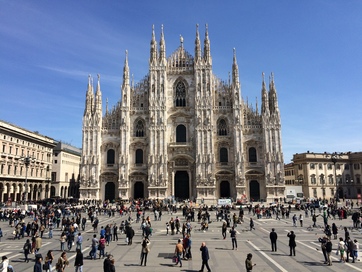 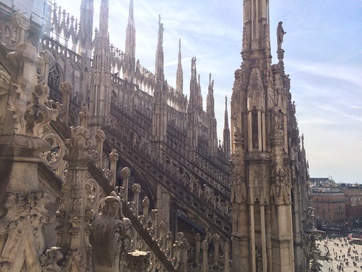 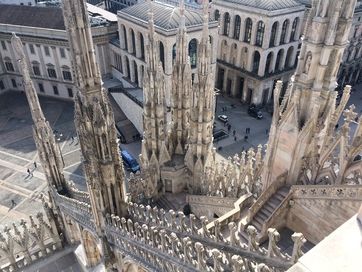 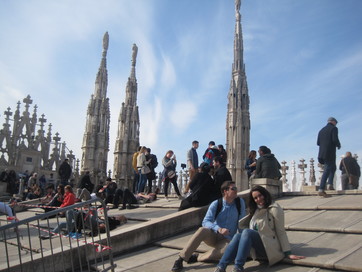 The line to get to the top was quite long, with people who had pre-bought tickets let in in droves, but those without waiting for one single counter… The wait and subsequent climb were more than worth it, though, as you can see on the pictures :)

That evening we had something special planned: a ballet performance of Giselle at one of the most famous opera houses in the world - La Scala: 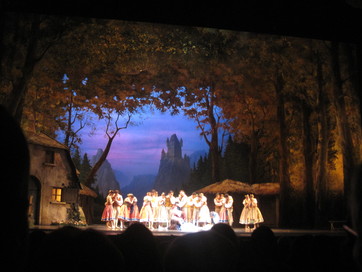 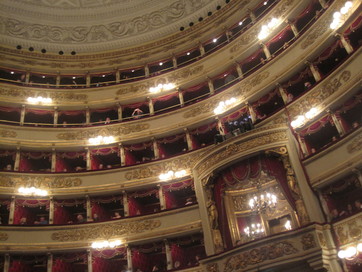 The next day we spent shopping and eating great food & ice cream. We also took a walk through Parco Sempione, where some time later I'd gone for a run (time permitting I like going for a run in the different cities we visit).

The last major thing we visited on our trip was Leonardo Da Vinci's famous Last Supper, for which one apparently should book tickets months in advance. We lucked out and scored the last remaining ones a few days prior, and after three or so sluices got to marvel at one of the most famous paintings in the world.

Unfortunately, because of the technique Leonardo Da Vinci used, the painting already in his time started to deteriorate, and even after its last renovation in 1999 you can easily see how worn it has become.

To conclude our weekend trip, and make it even more relaxing than it already was, we visited Milan's thermal baths.

By tradition, I present: (See also the New Zealand version, Taiwanese version and the Russian versions.)