When my wife and I first met, I lived in the Netherlands, and she lived in Moscow. We saw each other a few times a year, with intervals of up to 3-4 months. It was hard… Imagine our happiness when summer 2008 she moved to the Netherlands as an exchange student :) We rented a nice, spacious flat, I had a job, she studied, … and we were always short on money :P But at least we had a place for just the two of us, a home :)

But study exchanges come to an end. After a year and a half, end of 2009, she had to go back to finish her studies in Moscow. Really not wanting to be apart for so long again, we decided to put our household goods (stuff) in storage for the time being and to both move to Moscow for a while. She graduated, then we both got jobs, my wife at Unilever, me first at Parallels, then at Yandex, and things went very well. I got a temporary residence permit, then a permanent one, and soon will even have Russian citizenship!

We also went out a lot more than we used to :)

But a home, we had not… Originally we had planned to only stay for half a year or so, 9 months perhaps, so at first we moved in with my parents-in-law, which to us just wasn't a home. When we both got jobs, and it became clear we'd be in Moscow for a while still, we started renting a flat. But a home that wasn't either.

We had of course been wanting to bring over our stuff from the Netherlands, but transport alone would come down to about € 6.000, and crazy protectionistic import laws would add another € 8.000 or so at least! So instead we had to make do with old Soviet furniture left over from the dacha. Couple that to the omnipresent apathy of our neighborhood, and a home one does have not. We got so fed up with it, we moved back in with the parents-in-law, and were figuring out what to do next.

Since we planned on staying in Moscow for years to come still, we thought it'd make sense to buy ourselves a flat. We found a nice flat at the very edge of Moscow, for a reasonable price. Something we could make into a home again, something nice. (Real estate prices for at least semi-decent apartments in the center are crazy, so that was out of the question from the start.) But then we inquired as to how much the actual costs would be. With mortgage interest rates ranging from 15 to 20%, monthly costs came down to about € 2000 a month. In the end, we would end up paying way more than the flat's face value in interest alone :(

So we started looking at renting again. In the center, good, affordable: pick two, max :) We took a look at a few flats in the center, but they simply weren't worth it. Think an old (Soviet) 45m² flat for over € 1200 per month near the center.

We also found a very nice, but again pretty small (50m²) flat, at the very edge of Moscow, for little over € 1200 a month. For a studio apartment…

In the meantime, my wife had been doing very well at her work. She had been moved internally to the Central European team, and now had a manager in Prague. Not too long after, it became clear it would be possible to relocate there as well, so we did :) I talked to my manager about it, and thankfully we agreed to have me stay at Yandex, but work remotely. I'll come visit Moscow regularly still, but will live in Prague.

Prague for us was ideal for building a home again. The Czech Republic is part of the European Union, so we could easily (and finally) bring over our stuff we hadn't seen in almost three years. It has rather low prices for real estate, and low mortgage interest rates. So we got an old crappy flat, and decided to have it fully renovated.

When we first entered our flat, we were, to put it mildy, not impressed. The layout of the flat was a bit odd (small living room, narrow kitchen, but a huge hall), the kitchen was very old and very basic, and the toilet and bathroom were cramped. There was work to be done here :)

So we hired a general contractor, and told him what we wanted: redo pretty much everything, the walls, ceiling, floor, toilet, bathroom, kitchen, doors, the works. Break down this wall, put another one there, etc. They got to work, and after a while the problems began. My wife and I had both been away for two weeks, and the work had gotten sloppy. A lot had to be redone (which they did, thankfully), and that was going to take time… The contractor obviously wasn't too happy he had to have a lot of work redone, and started pointing out all kinds of small things that we'd have to pay for separately. We managed to sort things out, and three weeks later than planned they were finally done. It was a bit of a mess at the end, but all in all it was still relatively cheap, and given the result I don't think we should complain :) 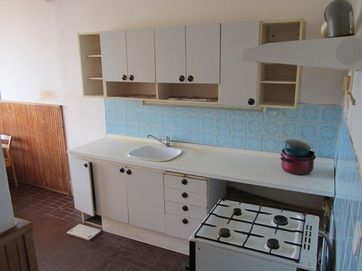 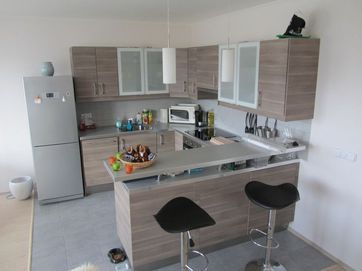 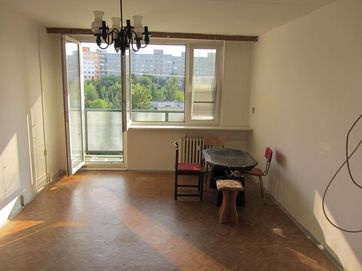 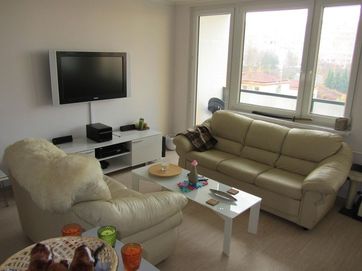 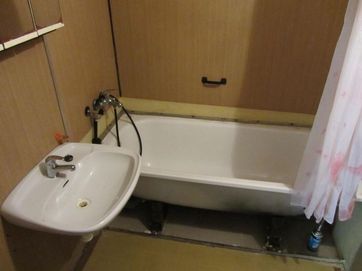 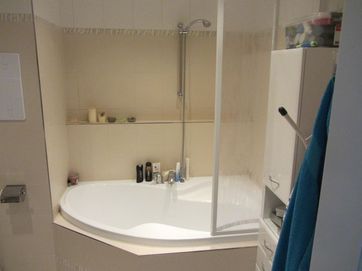 Bringing in our stuff

Compared to the estimated minimum € 14.000 we would spend on getting our stuff over to Moscow, transporting it to Prague was a breeze: I hired a truck in the Netherlands, invited my dad and two cousins to come help offload everything from the container into the truck, and with my two cousins we drove to Prague. It was great fun, actually :) The next morning we put everything into the flat, and enjoyed beautiful Prague in early autumn :) When all was done, we had spent but a small fraction of the € 14.000 mentioned earlier. 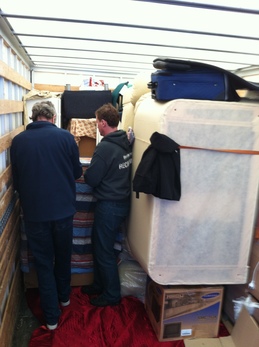 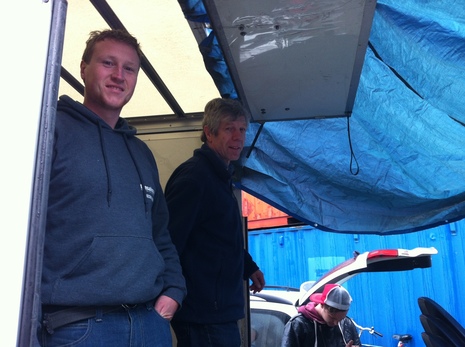 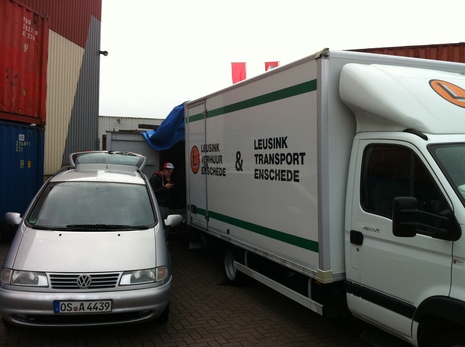 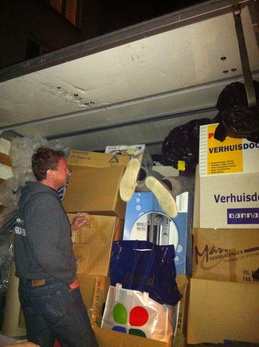 With our very own flat, made the way we wanted it, with the stuff we chose for ourselves, we can finally say we've got a home again! :)