The preparation consisted of me putting on an apparently Moorish costume and a wig, and having any bare skin painted dark brown (including eyelids and ears…). So this is me in the process, and fully painted: 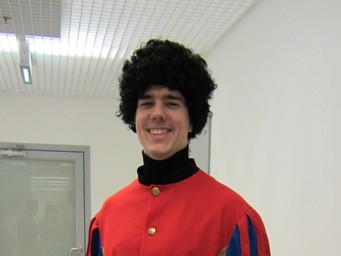 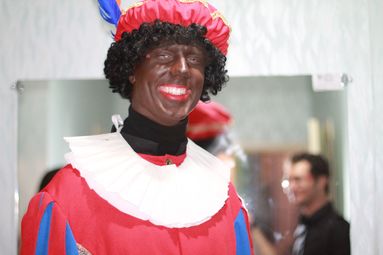 My task consisted of frolicking around, handing out traditional Sinterklaas candy from my traditional burlap sack (especially imported from the Netherlands! :), and helping the kids out with some mini games and making paper flags and hats. This turned out to be quite hectic, as there were almost a 100 kids, with at least that many parents. It was great fun though :)

After the celebration was over, together with a friend and fellow Zwarte Piet, we decided to stay in full regalia for the celebration that evening at home, but not before we paid McDonald's and the supermarket a visit! The looks of all those Russians that had no idea what was going on was priceless :D That's us in front of one of the Seven Sisters: 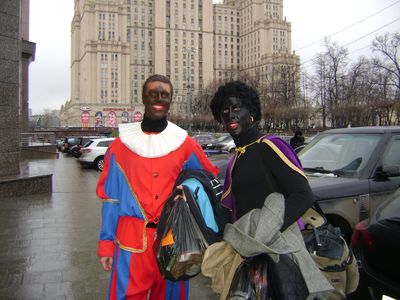 At home we had a similar celebration to last year, with home-made kruidnoten and speculaas, and of course the very popular Secret Santa present giving. Like last year, we have tons of candy left after the Netherlands' most popular holiday, so we're set at least till Russia's most popular upcoming holiday, New Year's :)